Last year in December I interviewed Conor Stechschulte by e-mail to talk about the ending of his series Generous Bosom published in London by Breakdown Press and the adaptation of the comic in a movie called Ultrasound, directed by Rob Schroder and written by Conor himself. The interview was published in Just Indie Comics Newsletter #1 (in Italian), where Generous Bosom #4 was at the top of my Best of 2021 list. Conor was kind enough to provide the newsletter cover as well, sending a collage of the tracing paper drawings used in making Generous Bosom #4. Now that the comic has been published in the USA by Fantagraphics in a single 376-page volume (with the same title of the movie), I think it’s the moment to offer the original version of the interview. And sorry if the questions aren’t perfect but well, I’m Italian and always in a hurry. Note for Italian readers: the book will be published as Scollatura profonda by Coconino in the next few months. Your comics reflect on the notion of identity. You manage to describe very well the moment in which we are no longer ourselves, in which everything we believe in seems wrong, decided by others, or meaningless. The moment in which we act like a different person. Or maybe in which we express our true hidden self. Even the plot of Generous Bosom has something schizophrenic, it starts in one way and then it takes a completely different direction. Now try to look back. It’s 2012 again. You are still living in Baltimore and you’re beginning to draw the first issue of the series. How much did you know then about the full story and how much did you figure out during the process?

When I first sat down, I had the first volume in my head and not a whole lot beyond that. Pretty soon into the process I figured out that I wanted the characters to end up at some kind of facility and that there was hypnotism involved though not much of the how or why. There was also a period where I was playing with the idea of Glen never being able to leave Art and Cyndi’s house, that the story would become a sort of surreal version of Misery.

I think the long period of time it took me to finish the book is largely to blame for why it’s somewhat schizophrenic. Personally, I often encounter the moment you describe at the top of your question so sometimes it felt like I was working on a book that a total stranger had begun. Because I changed so much over the course of nine years, it became necessary to reframe the focus of the narrative so that I could remain engaged with the material.

I know it’s hard to say because you worked on it yourself, but I guess that being on set and then watching the movie was also an experience in some way as a spectator for you, because you couldn’t help but compare what you saw to what you had imagined and then drawn. What was the best thing about watching your comic become a movie and what was the thing that you liked the least?

Yes, it was very strange and psychedelic! I think the best thing was getting to meet all of the people collaborating on the movie, not just the actors – though all the actors totally blew me away and gave me so much more ideas about their characters and story material to work with – but everyone was there trying to lend their expertise to telling the story from the focus puller to the costume designer. It was a fucking blast to talk to Katherine Doty, the script supervisor who had gone through the script and was nailing down the details for continuity to a granular level, so amazing! I think more than an editor, graphic novelists should sit down with a script supervisor and get grilled about what exact time of day each scene takes place!

The thing I liked the least was seeing what I’d written fall flat when a person had to actually say it out loud. It didn’t happen too much, and thankfully the actors all were so good, they could find ways to change the line or make their performance work. But it’s funny, working on comics you get a sense for what feels real and right on the comic page and that is different than what seems like it works on the page of a script and that is different from what works in someone’s performance. So I was building new muscles in that sense and thankfully everyone on set is there trying to make the better, so you’re not alone in solving problems the way you are at a drawing desk.

Generous Bosom will be released in the USA by Fantagraphics in 2022 as a single book called Ultrasound. You worked on this story for about 10 years, so there was probably something you wanted to change or maybe to add. Did you edit some dialogues or drawings? Or did you draw some new pages as you did for the Fantagraphics edition of The Amateurs?

I just finished this process and it was really tricky. I thought of this metaphor the other day, I think an Italian reader will understand it better than most… Making a long comic (at least how I’ve drawn them) is a lot like painting a fresco: you have a very limited of time to get the ideas into/onto the material and then it hardens and you have to move on. As opposed to writing a movie script or a novel which, I think, is a lot more like oil painting where you’ve got a lot more flexibility: slower drying time, you can remove layers and glazes and adjust all parts of the painting right up until the end. If you want to go back and change something in a fresco, you’ve to sand down or crack off a whole section of the painting which will likely leave visible seams.

For this reason, I tried to be delicate about the older material and not try and make the comics I’d drawn eight years ago into the comics I would draw today. It’s my lettering that always embarrasses me, so I re-lettered a lot of stuff from the first two volumes. Eric Reynolds helped me correct grammatical mistakes, there are about 2-300 more commas in the collected edition! I also redrew two or three full pages and a lot of individual panels and details throughout, I changed some of the color coding to make more consistent sense across the whole book, and I added one page very close to the end that is the most dramatic intervention. Now I want to ask you something very specific… In Raymond Chandler’s The Big Sleep there is a scene in which Philip Marlowe is driving in the rain and at a certain point he gets two flat tires. He gets out of the car and finds some nails on the road, near the repair shop of Art Huck. If I’m not wrong there are several details in common between this scene and the beginning of Generous Bosom. Is it a quote from the book or just a coincidence?

That’s really funny, I hadn’t read or seen The Big Sleep before starting on Generous Bosom, though I watched the Robert Mitchum movie this past summer (and totally missed that connection, by the way!). A weird thing was going on while I was completing the book during lockdown in 2020 where it felt like the things I was reading and watching were inspiring the book back in time or something. I read Who’s Afraid of Virginia Woolf? and it felt like the first volume of Generous Bosom is a funhouse mirror version of that play… There were other examples I can’t recall now. But now I do believe that artistic influence can travel backwards in time.

What are your next projects? Are you already working on something new?

Most recently, the edits for the collected edition have taken up all my time. I’ve got a lot of notes for new longer stories that I’m going to work on fleshing out and I’ve got about fifty pages of a wordless watercolor comic I was working on in 2019 that I want to finish soon. I’m looking forward to making some self-published comics in the near future, I’m itching to make some books with my own hands. 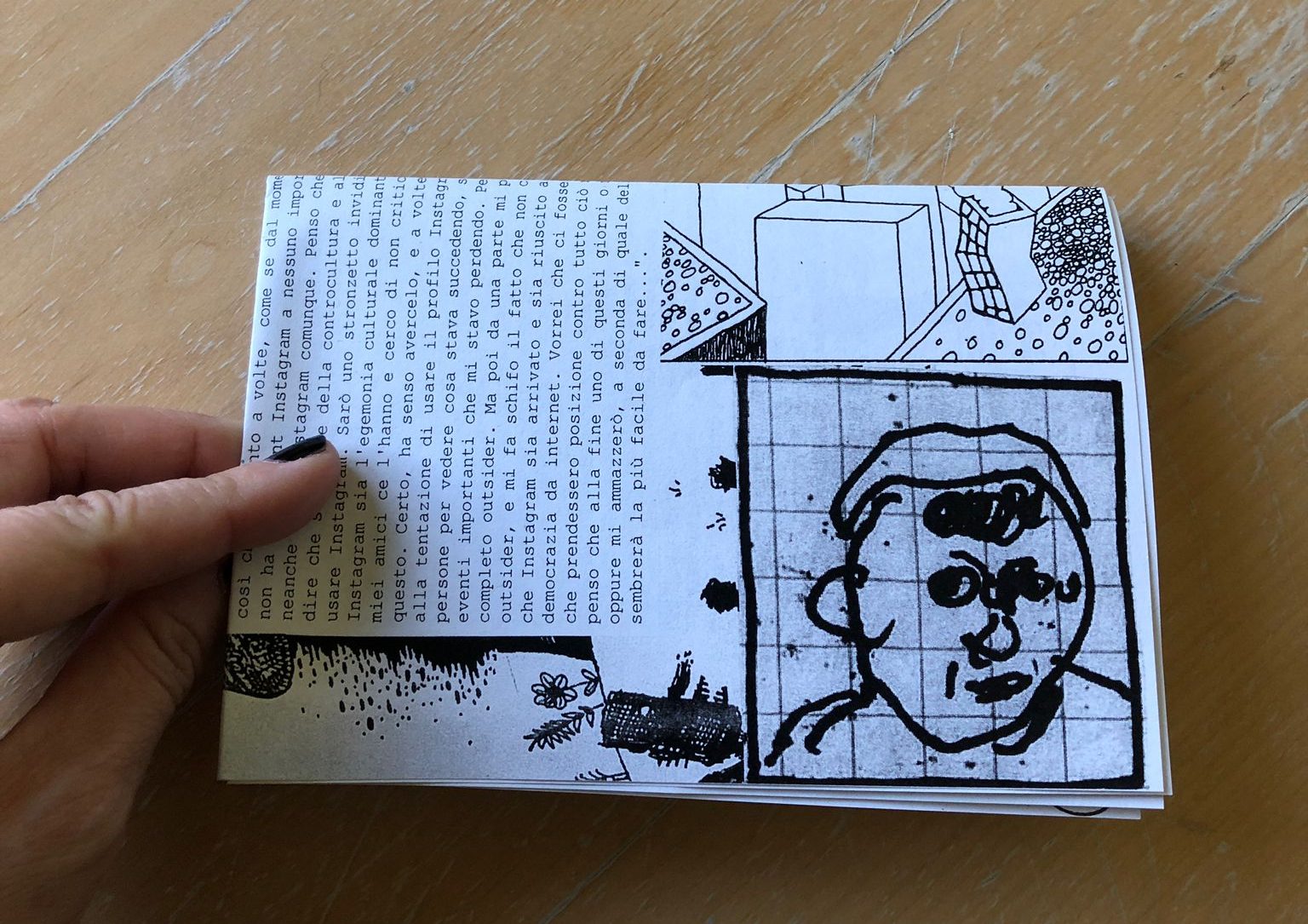