“Salz and Pfeffer” by Émilie Gleason, a preview

Standard by Gabriele Di Fazio May 10, 2015 No Comments Born in Mexico, Émilie Gleason grew up in Belgium, lives in France and last weekend was in Canada, where she attended Toronto Comic Arts Festival for the debut of Salz and Pfeffer, her first book for the American market, published by 2D Cloud. Pfeffer is a tidy and respectable man who dreams of becoming a children’s illustrator. A night he is abducted by three aliens looking as evil brothers of Mickey Mouse. Salz and Pfeffer is a funny comic, drawn with an old-fashioned pencil style and with a strong sense of dynamism. Gleason’s work could seem a cartoonish version of C.F. and Gabriel Corbera’s comics and this amusing 76-page trip is violent, ironic, surreal and definitely worth your attention, as Émilie’s other comics, available at her online shop. Below the first pages of the book. 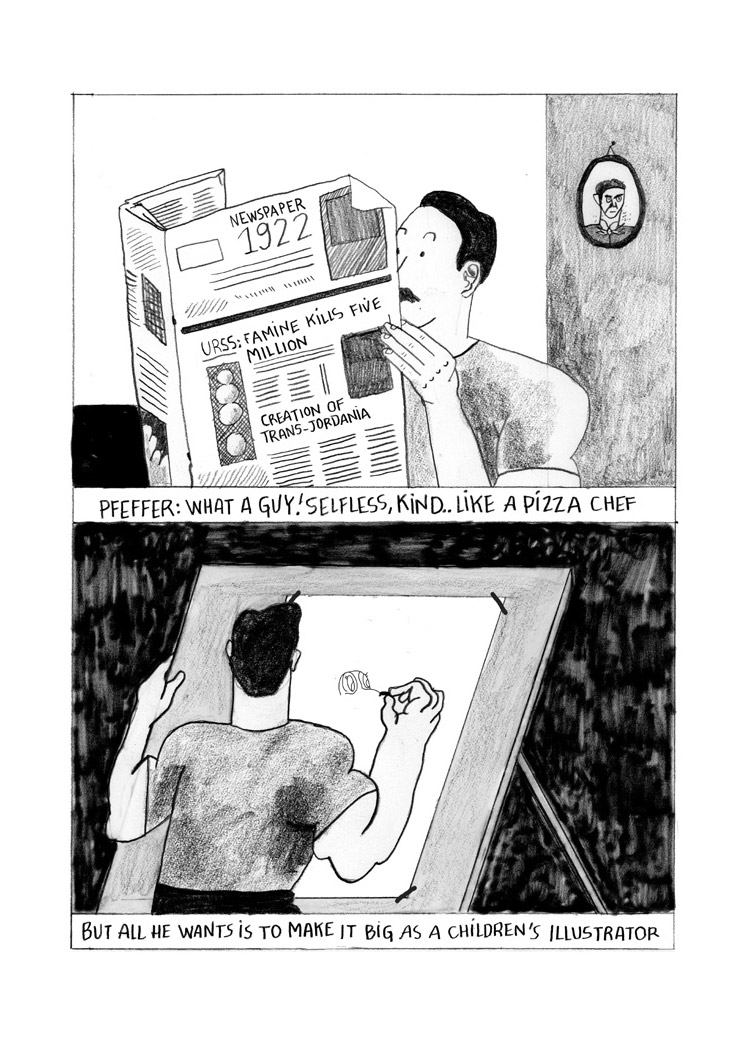 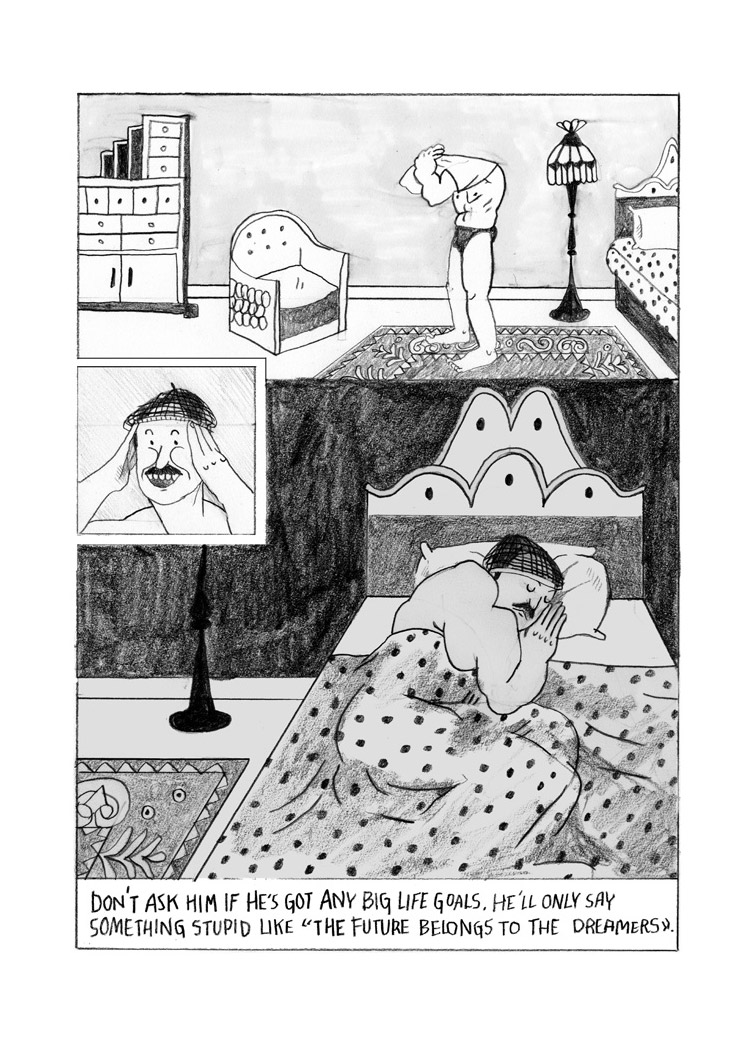 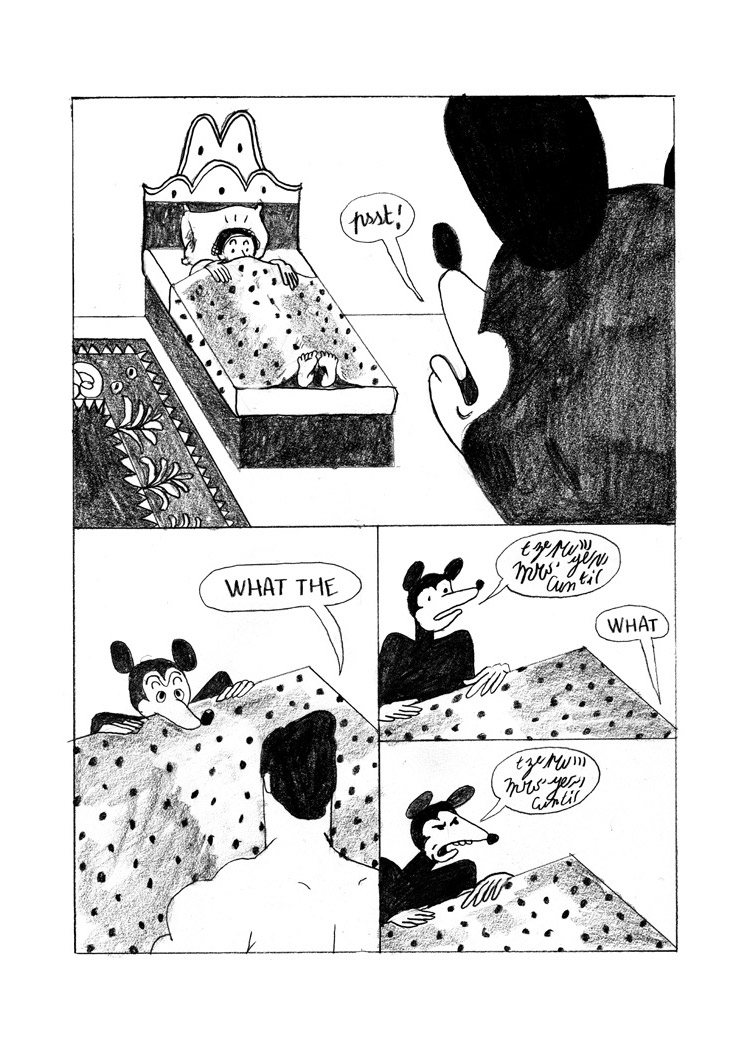 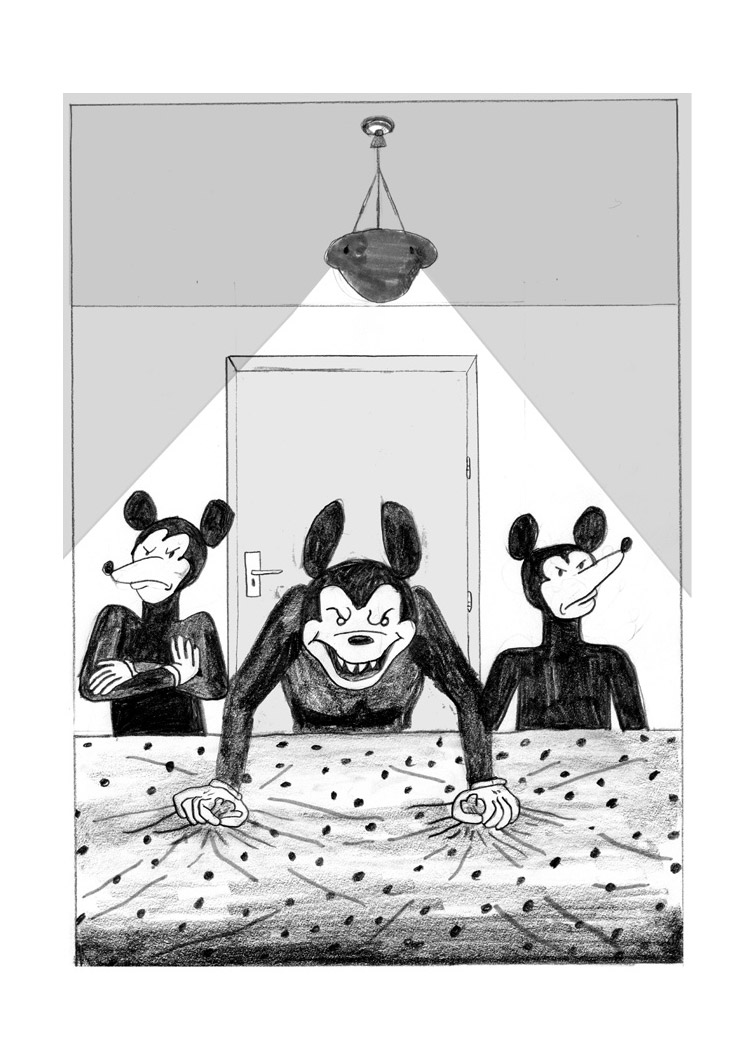 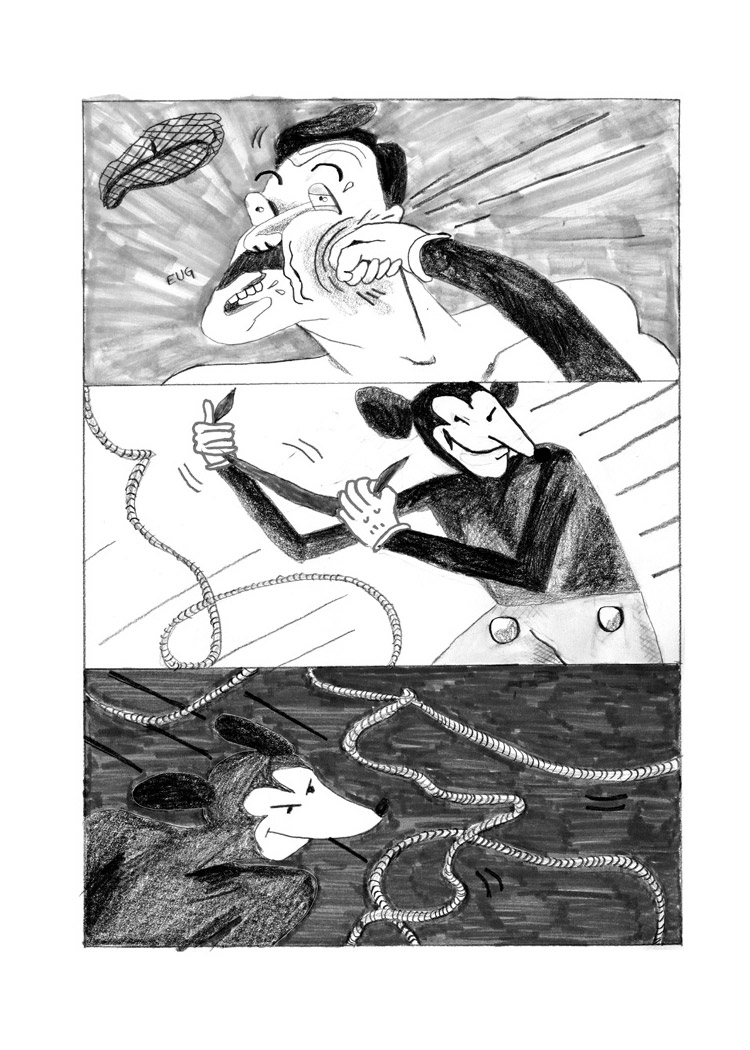 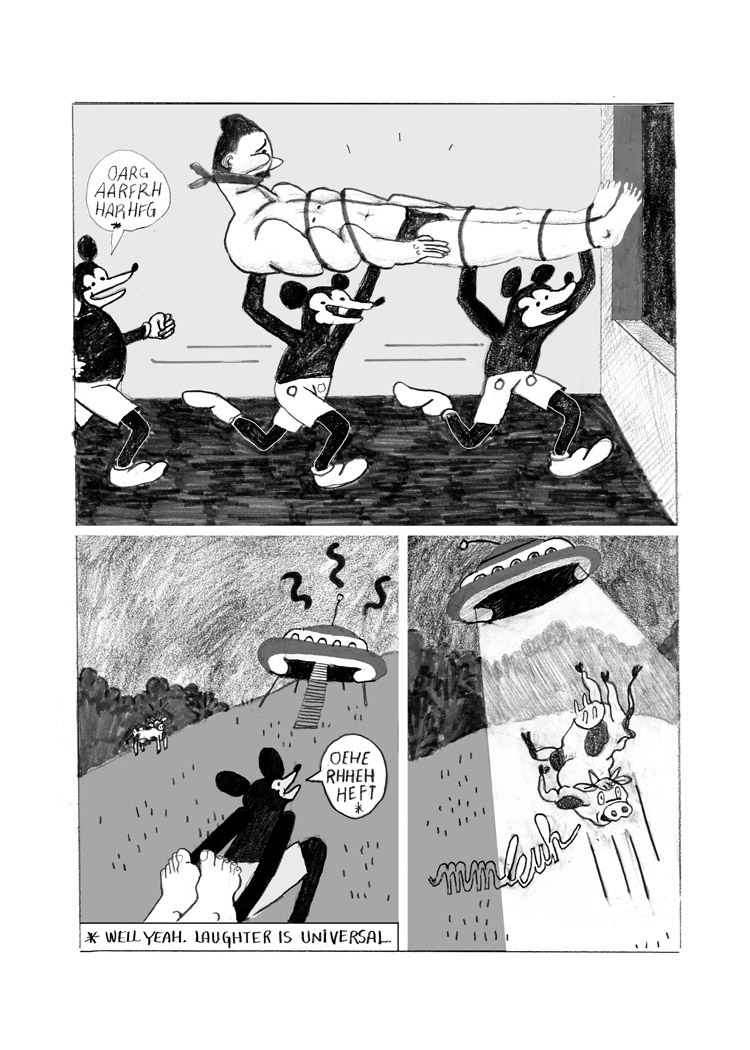 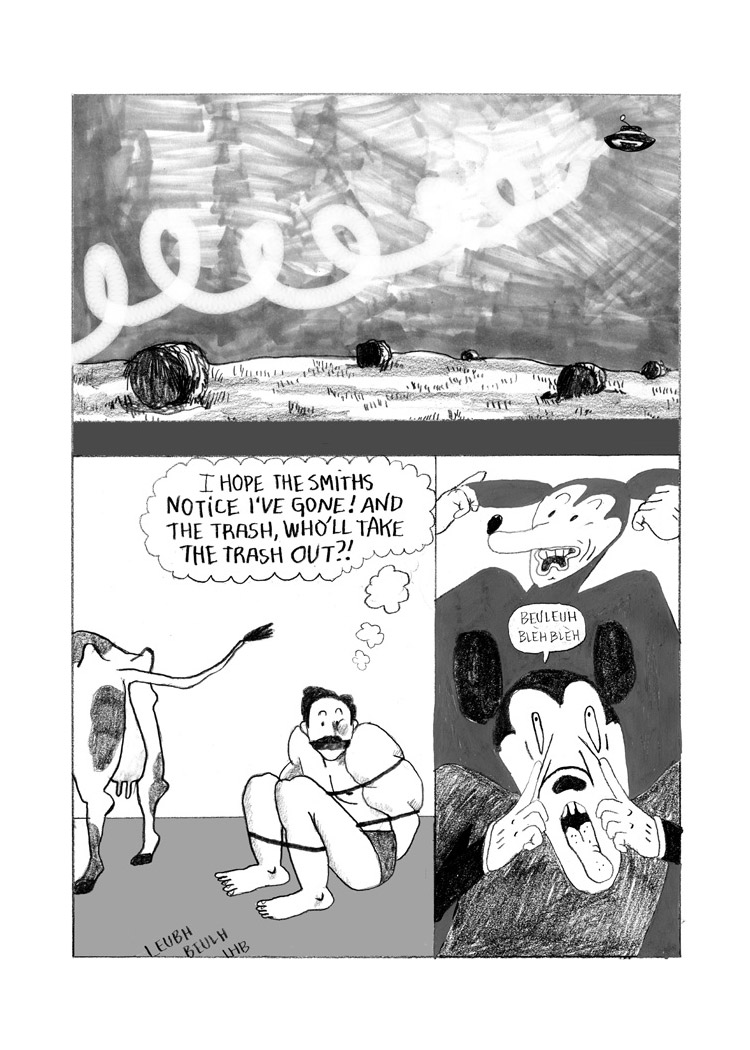 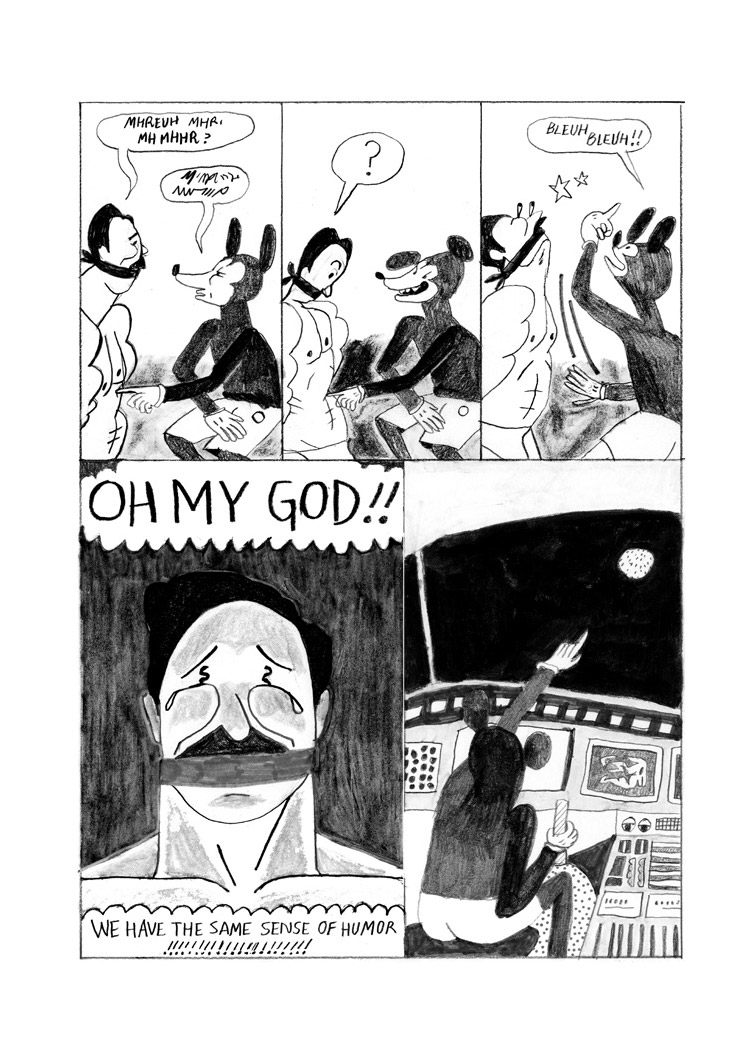