Andy Burkholder’s new book Qviet, published by 2D Cloud, has officially debuted at CAKE last weekend, amplified by an exhibition at the Learning Machine Gallery featuring the entire collection, open through June 19th. Initially appearing on Tumblr in 2011 as the work of an artist operating under the sole name of Tracy, Qviet intrigued the underground community for not only the mystery surrounding its creator but also for its unique style. In one-page comics, Burkholder revisited the language of the strip with an avant-garde attitude. The lines, the shapes, the symbols are the core of his work, particularly in the initial phase, but at the same time they’re a starting point to move from the abstract to the physical, investigating sexual themes with irony and stark realism. Over time, the line became thicker and so Burkholder created more accomplished comics, very incisive and also refined. Below a preview of the 248-page book, in stores on June 15th for $22.95. 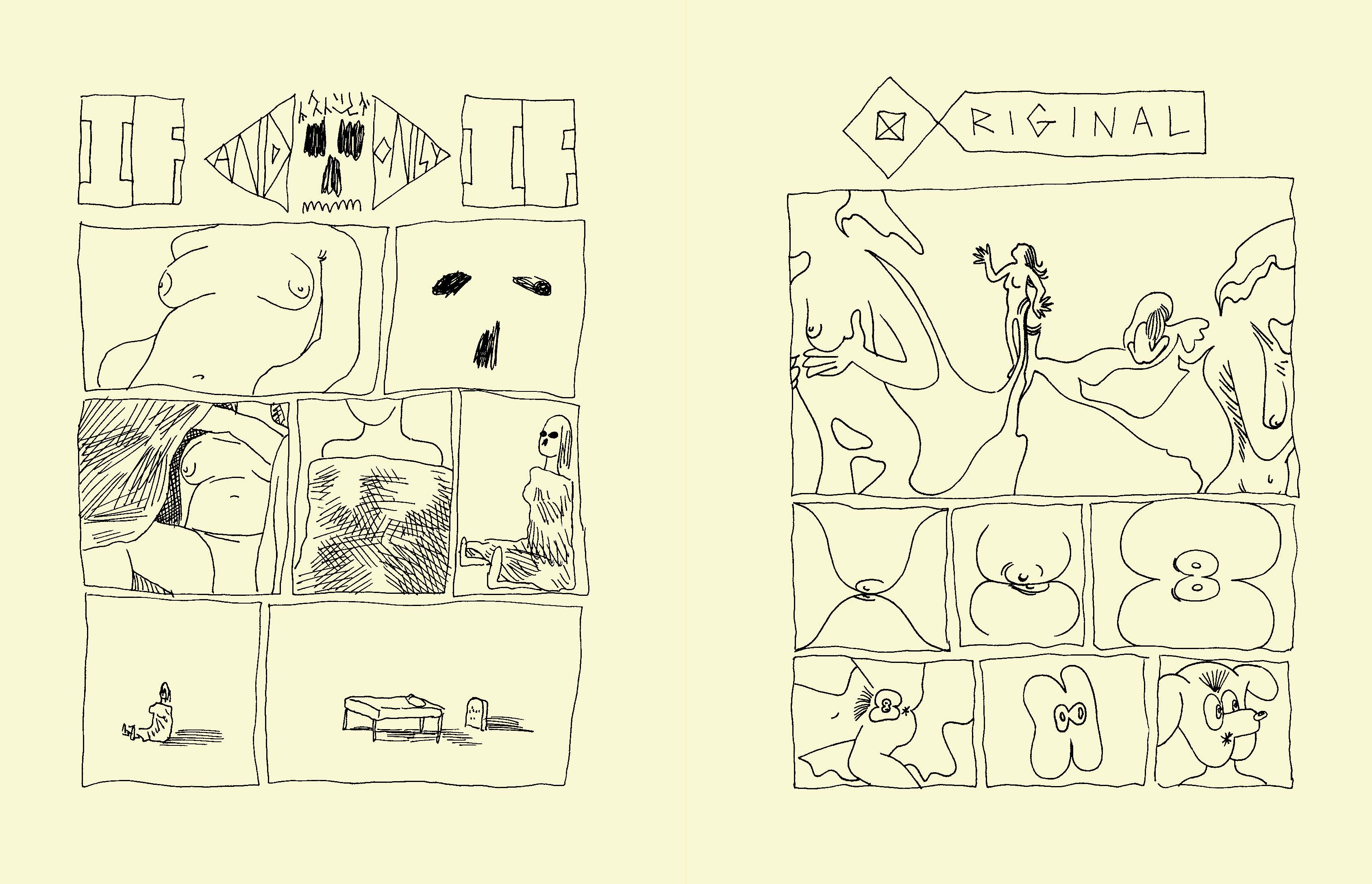 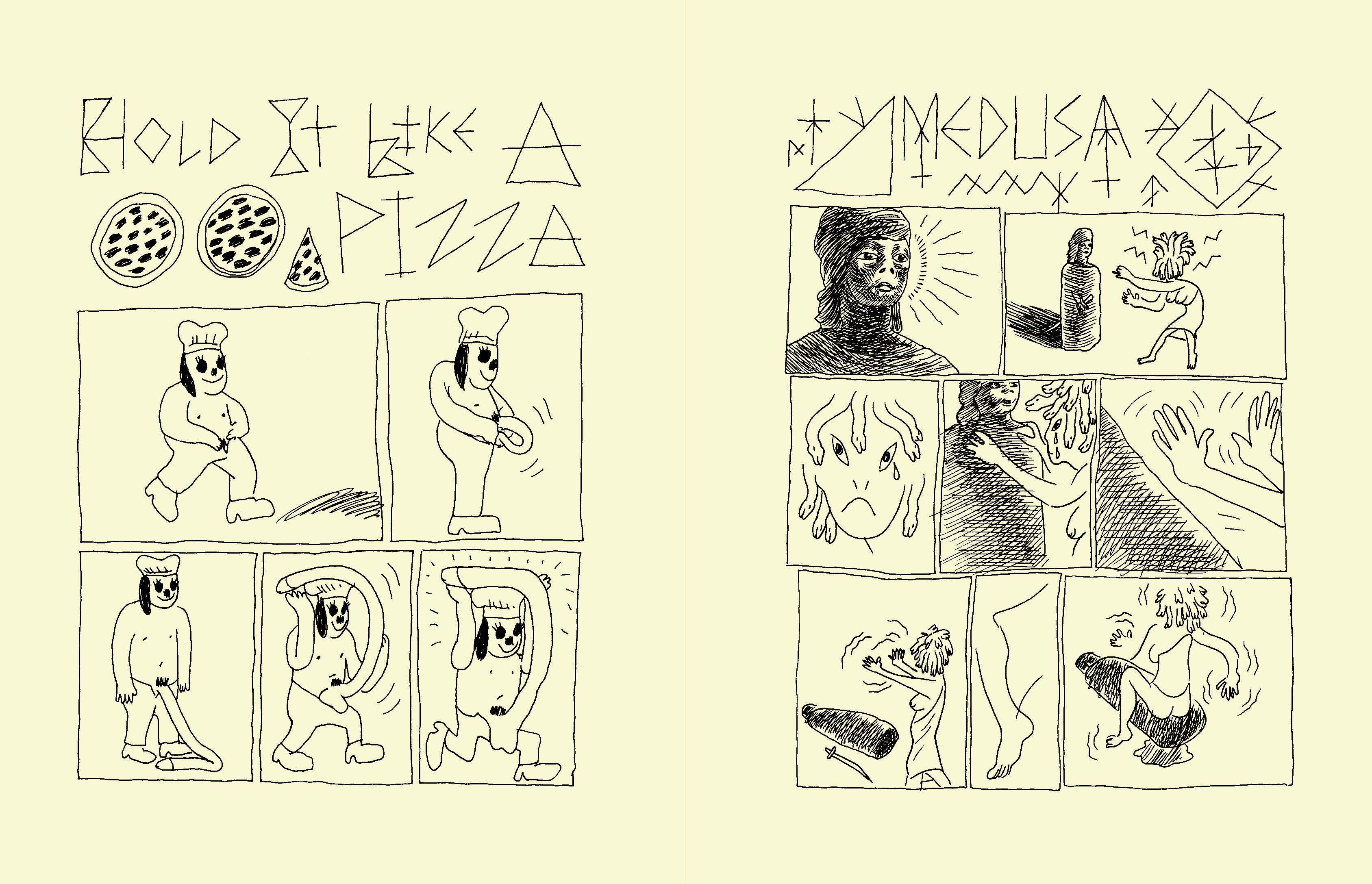 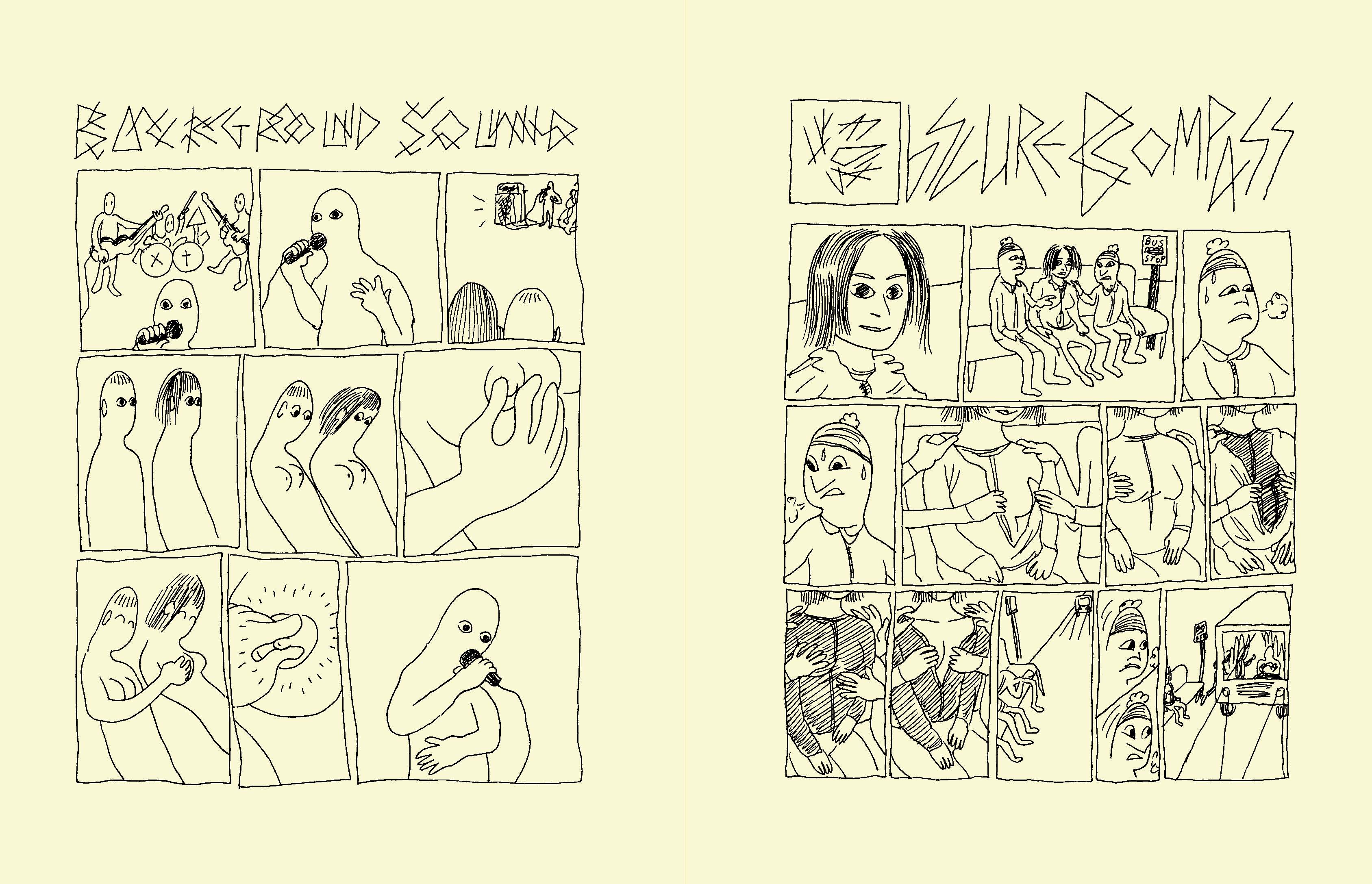 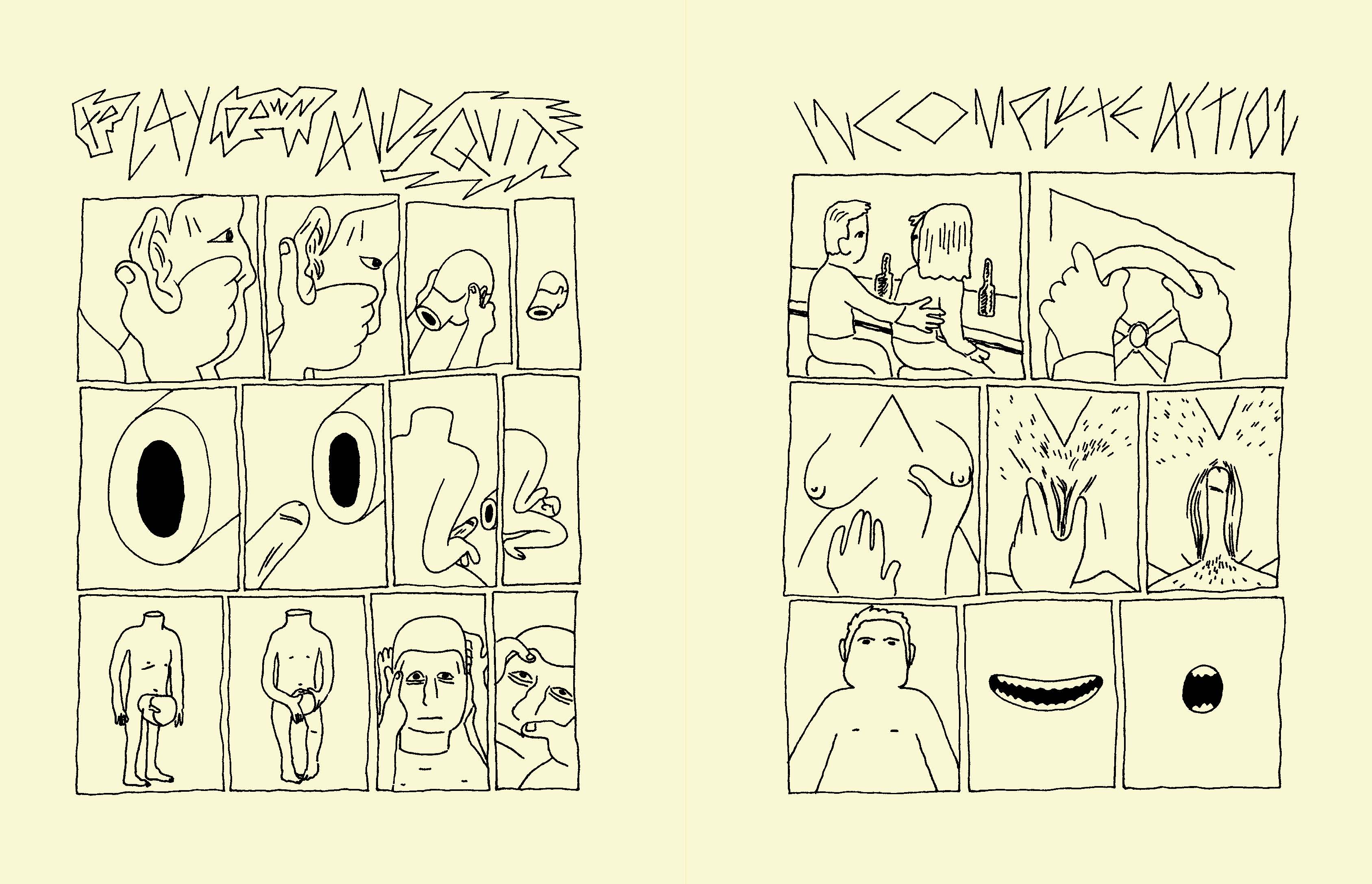 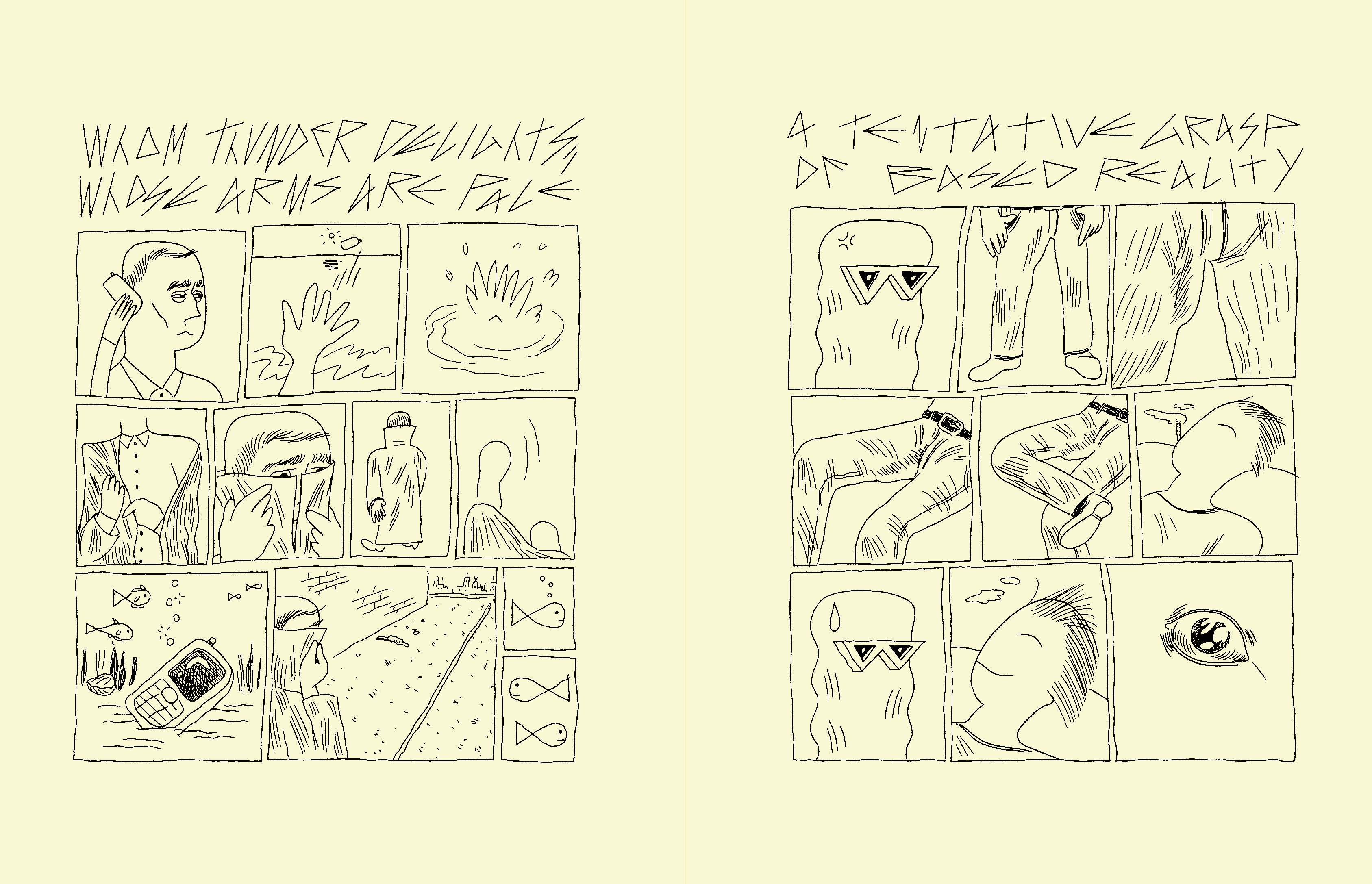 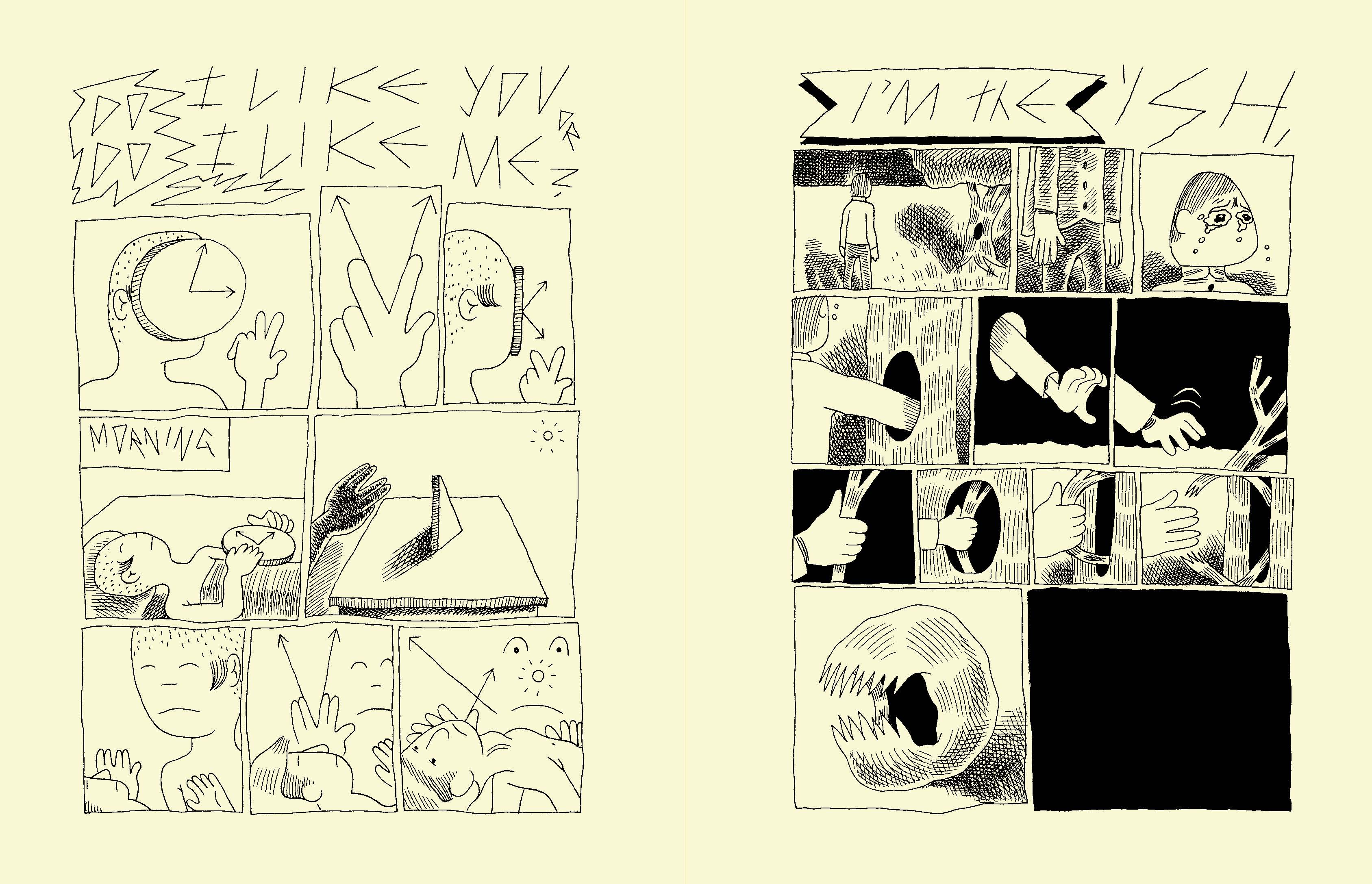 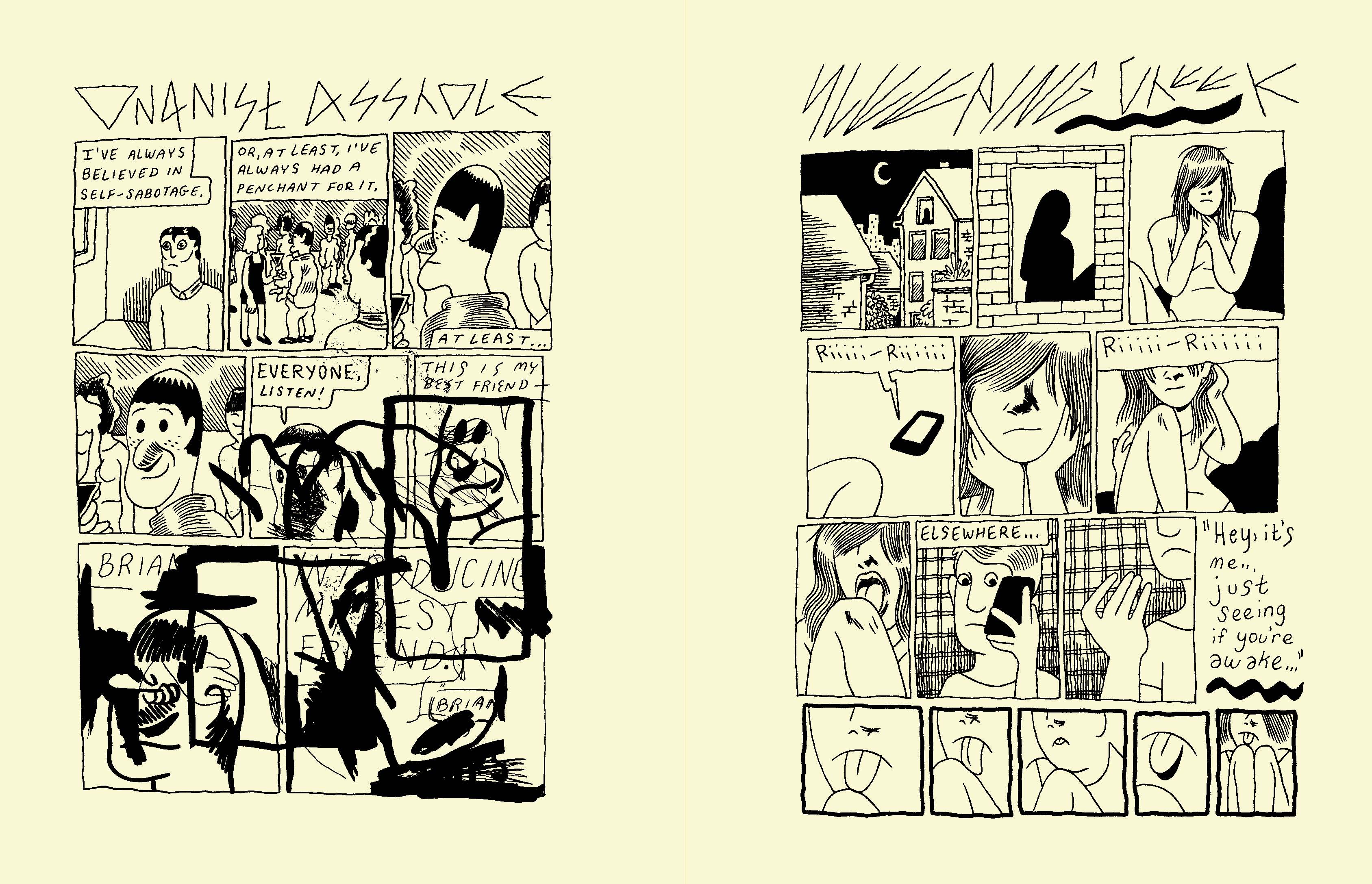 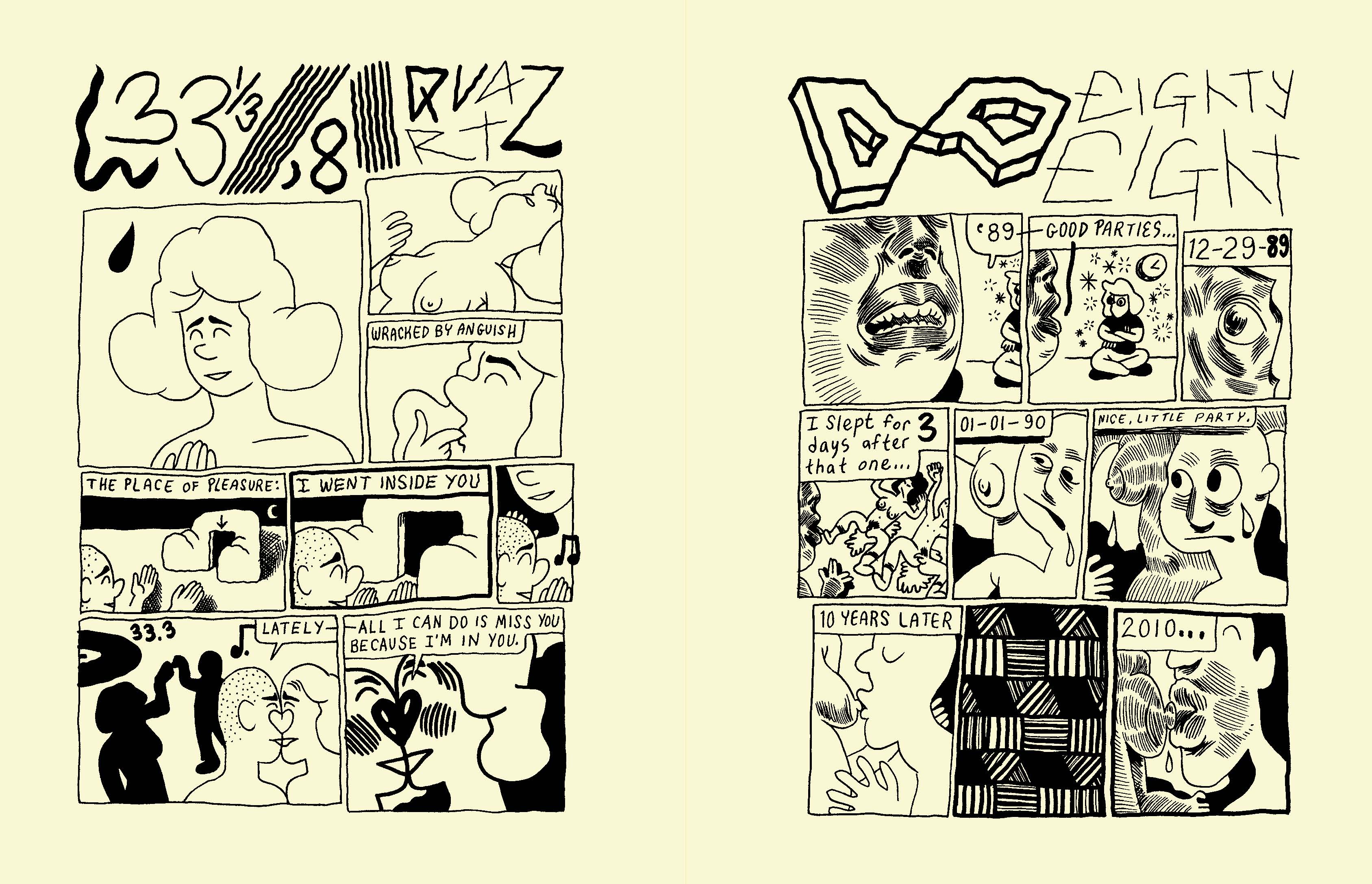 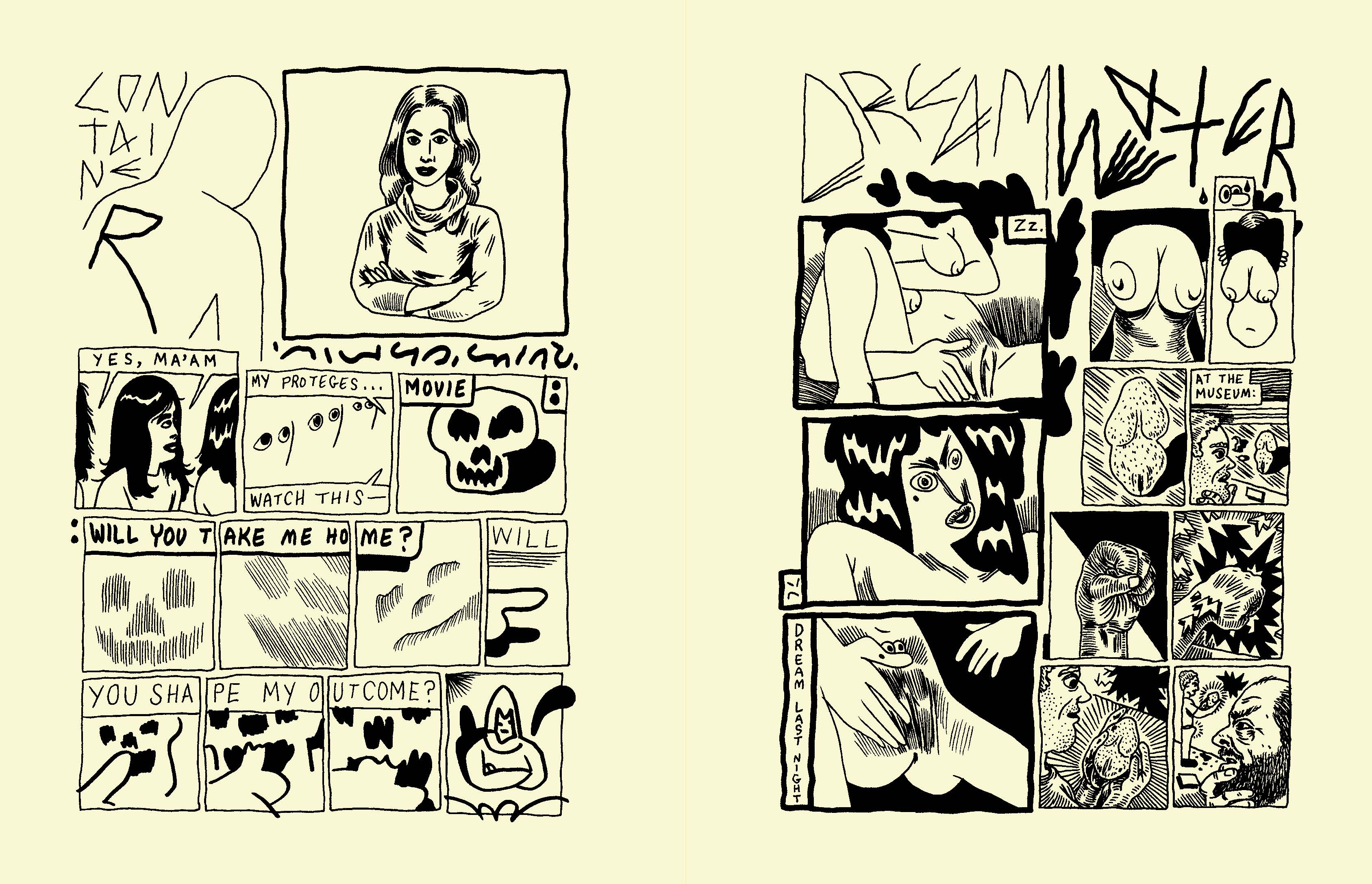