Talking about CAKE with Jeff Zwirek

I already talked about CAKE, one of the most important underground and indie comics convention in the North America. Even if I wasn’t there, last year’s event looked like a big show, as you can see from this photo gallery I published some months ago. In these days, the new edition of Chicago Alternative Comics Expo is already in the works and so I talked with one of the organizers, the cartoonist Jeff Zwirek (author of Burning Building Comix), about CAKE and more. 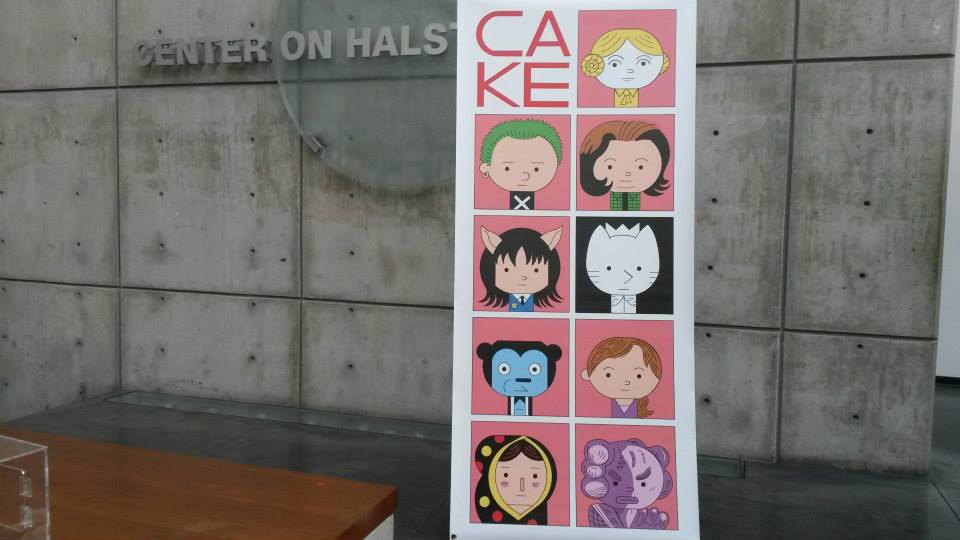 Ok, let’s start from the most important thing. When next CAKE will take place and when the deadline for application is?

CAKE 2016 is June 11th and 12th. It’s our fifth year and we’re happy to once again be back at the wonderful the Center on Halstead. Applications are open now up until November 30th.

I know the show was founded only in 2012, but now it’s already one of the most important underground and indie comics conventions in North America, maybe thanks to the big comics community of Chicago, where there is also Quimby’s, a store that is a sort of institution for underground and self-published comics… I’d like to know how the idea of CAKE was born and if you had some specific goals for this show.

It’s funny you mention Quimby’s cause it’s there where CAKE was really born. Neil Brideau and Edie Fake were both employees of Quimby’s at the time and started a conversation about Chicago needing a comics convention to highlight all the talent that’s pooled in the city. They recruited some friends that felt the same way like me, Max Morris and Grace Tran. We didn’t really know what we’re doing, but had experience as comics makers and exhibitors at other shows.  It was also at Quimby’s that we had our meetings after the store would close. The goal was to make a show for Chicago and the Midwest that highlighted the talent that we have. We’ve always admired other conventions like SPX, that have promoted the alternative comics community and have tried to model ourselves on those types of shows while being true to our Midwestern roots. Most importantly though, the purpose of the show is to promote our exhibitors. They make up the community and it’s that community that makes the show the success that it is.

Speaking of which, when you’re selecting people who are submitting an application, you have a preference for artists and publishers in the Chicago area or the show is equally open to everyone?

The show is wide open to anyone. We encourage a wide a range of applicants as possible so long as they make alternative comics. We do love our Chicago residents and try to get their names promoted as much as possible, but we always have a large portion of our exhibitors from out of town and we always have a show floor stacked with incredible talent. All the CAKE artists are also on the same level, so sometimes you’ll find a first-time exhibitor sitting next to a 30-year vet.

You’re also organizing other events in Chicago and I think this is an important thing to keep the attention about CAKE alive. I’m thinking for example at the event with Keiler Roberts and Edie Fake at the Chicago Architecture Biennial. Do you have other meetings in the works?

CAKE has turned into a series of events throughout the year. We host several fundraisers including drink and draws and our very popular art auction. It’s a chance for the community to get together more and socialize. CAKE has been expanding into other areas like the Architecture Biennial, and we look forward to more partnerships with the city.

How is the comics scene in Chicago? Which spots you would recommend to a visitor? And do you think there are some comics that describe your city or are strictly connected to it?

The comics scene in Chicago is very exciting. With a crew of veteran cartoonists and young fresh faces showing up all the time, there is a wide range of styles and personalities. Chicago has a ton of great comic shops and several are must go to destinations. Quimby’s is legendary as is its sister store Chicago Comics. There’s also the Comix Revolution, Challengers, First Aid Comics, Third Coast, and like a dozen Graham Crackers stores. Edie Fake’s comics are an excellent example. I also think Chris Ware, early Daniel Clowes and Jessica Abel, and Ivan Brunetti are tied to the city in a special way. John Porcellino’s King Cat speaks more to Illinois and the Midwest in general, but his comics and his dedication to the medium have always been very important to CAKE. And of course there is Trubble Club, the Chicago collective who’s crazy comics are made jointly by Chicago cartoonists who meet and draw together regularly.

I saw a first list of guests for next year’s event, including Sammy Harkham, Patrick Kyle, Tyrell Cannon, Ezra Clayton Daniels, Cathy G Johnson, Laura Park. Do you want to disclose some other names?

We’re not ready yet to talk about other names just yet. We’re diligently working on more people to bring to the show with some super exciting names in the mix. We’ll be announcing more names as they get confirmed, so make sure to follow our social media posts to get the latest news.

There will be some changes in next year’s show?

The show evolves and changes a little every year. Last year we saw a big jump in attendance and our exhibitors reported high sales. We also introduced our workshops programs which were a huge hit. We’ll continue to refine those aspects and bring new ideas to the show, but a lot of the good things will be the same. We’ll be in the same amazing space at the Center on Halstead. We’ll still have our show in June, when the weather in Chicago is beautiful, and we’ll continue to keep our table costs low for our exhibitors, and the show free to attend. I’m sure we’ll have new exciting exhibitors, and we’ll have a slate of programming with our special guests that continues to enrich the comics culture here in the city.

And what about you? Are you working on a new comic to debut at CAKE?

One of the ironies of organizing a comics festival is that it gives me less time for my own comics. So debuting a comic for the show has never really worked out. I pluck away at comics as much as I can and go to other great conventions like SPX, Autoptic, TCAF, and SPACE. 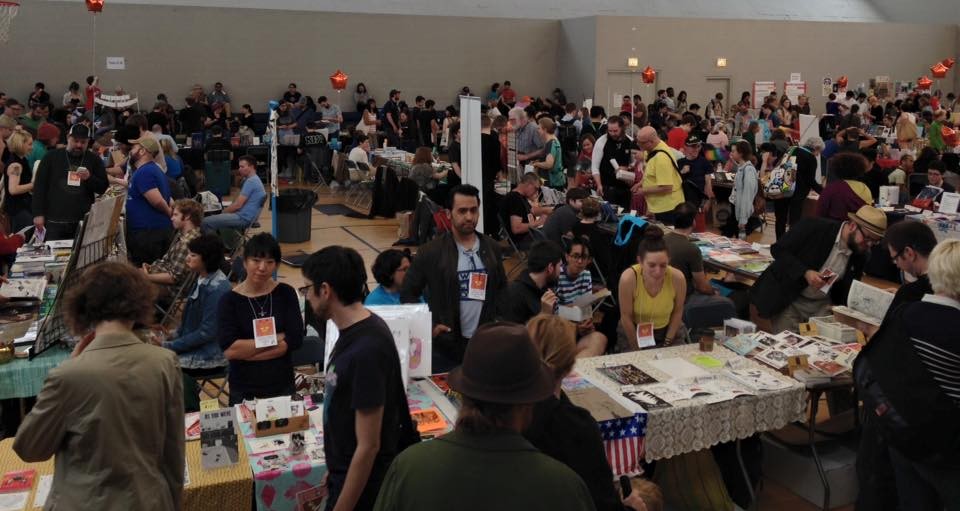