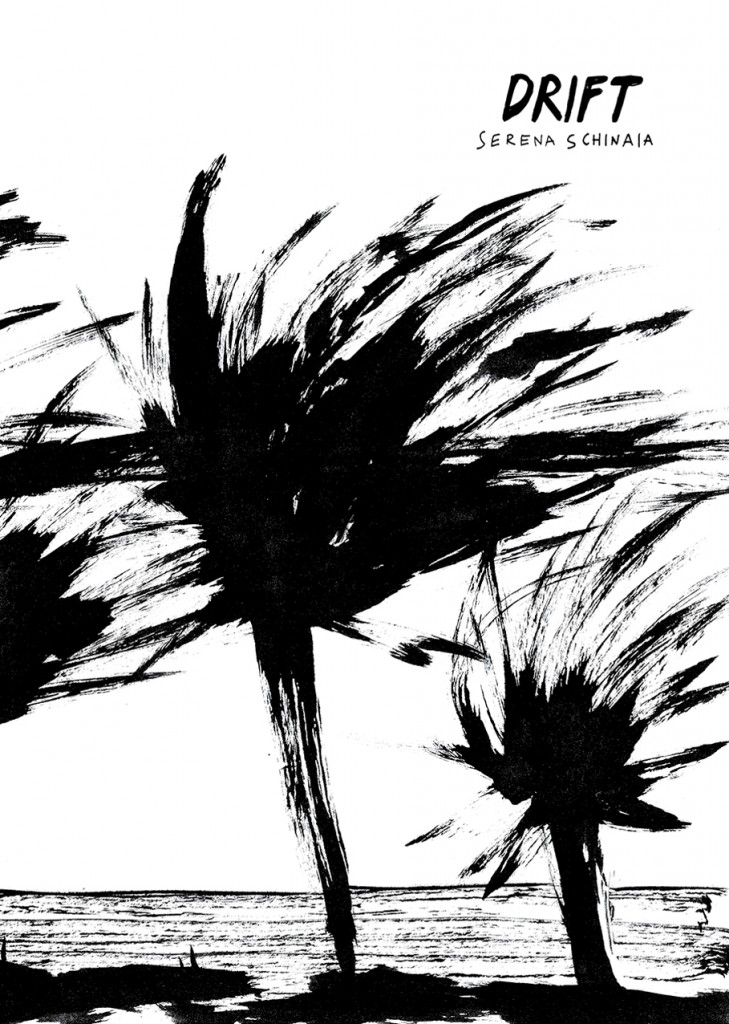 I already wrote about Serena Schinaia on Just Indie Comics when I reviewed her latest solo effort, the comic book Ceniza/Cenere published by Ediciones Valientes and in this post about Una giornata scorsa, the collective project she developed at the Real Academia de España in Rome with Martín López Lam, Silvia Rocchi and Roberto Massó. Schinaia is an artist born in Taranto, 1986 and after studying Aesthetic Philosophy and Theory of Comics in Bologna she moved to Rome, where she currently lives and works. She was featured in several anthologies, collaborated with Lo Straniero, Hamelin, the Goethe Institut and exhibited in various festivals, such as Bilbolbul, Komikazen, Napoli Comicon. She won the prize Reportage for Reality Draws 2012 and the contest Coop for Words 2014. In her work she doesn’t use balloons but only laconic sentences that aren’t simple captions, as they don’t just describe the drawings but give power to what she represents, creating a deeply evocative result. If the recent Ceniza showcases a more defined line, a blue/gray color palette and the use of Italian and Spanish simultaneously, her first self-published 32-page comic book, Drift, is representative of the first phase of her production, marked by an intense black and white made up of impressionist brushstrokes. Below you can read two of the five stories of the comic book, which is available in Just Indie Comics online shop, where you can also find some copies of Ceniza. In the meantime, have a good read. 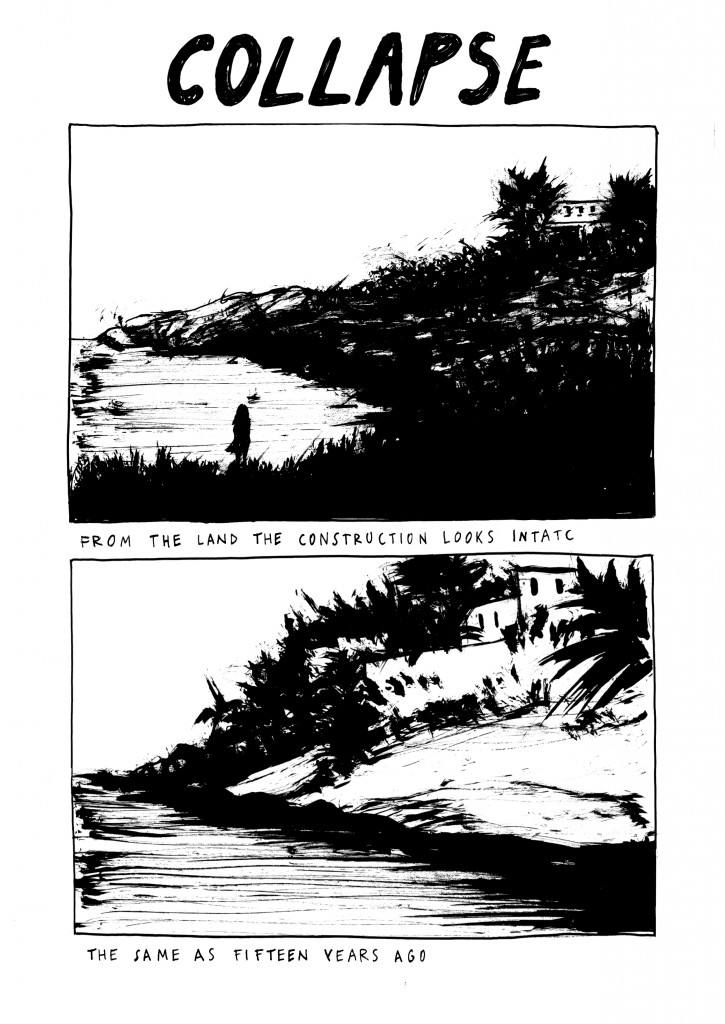 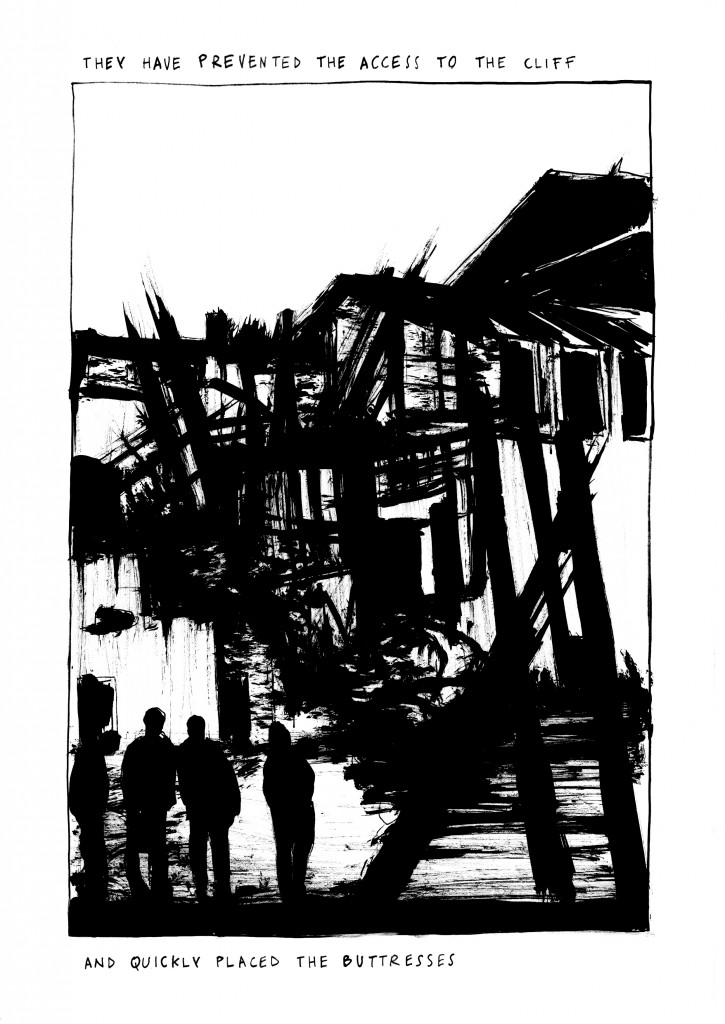 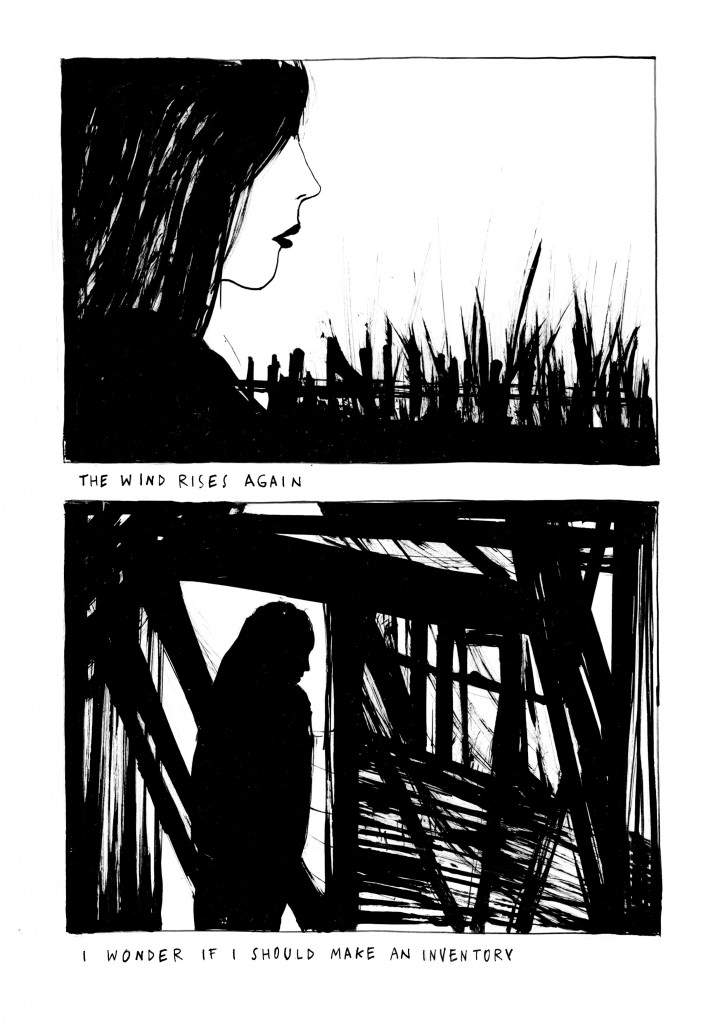 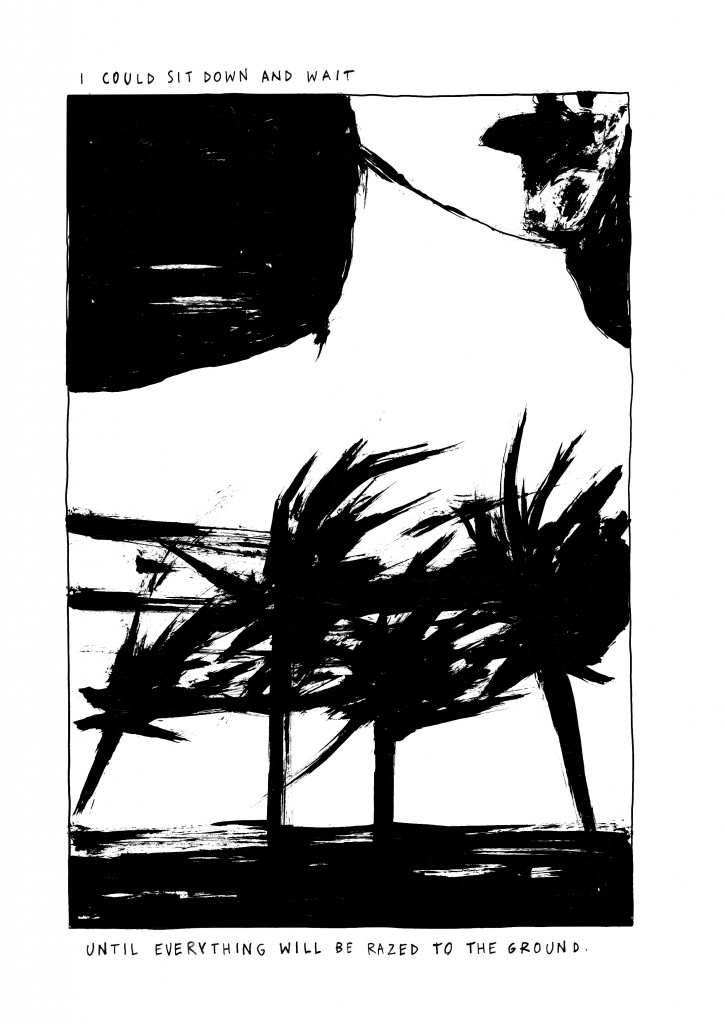 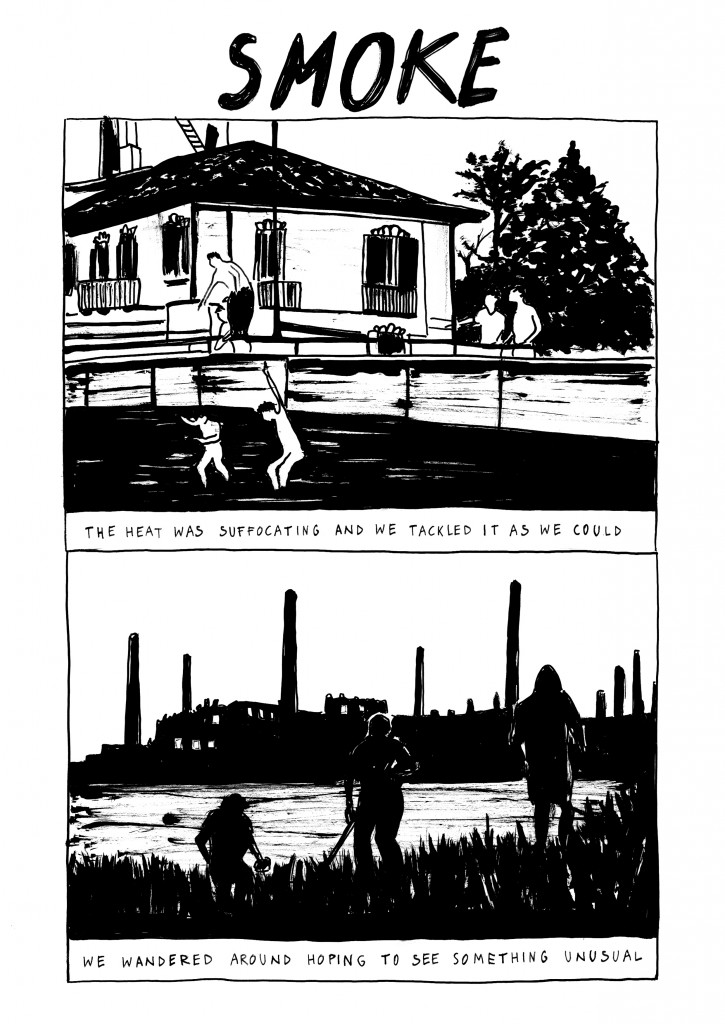 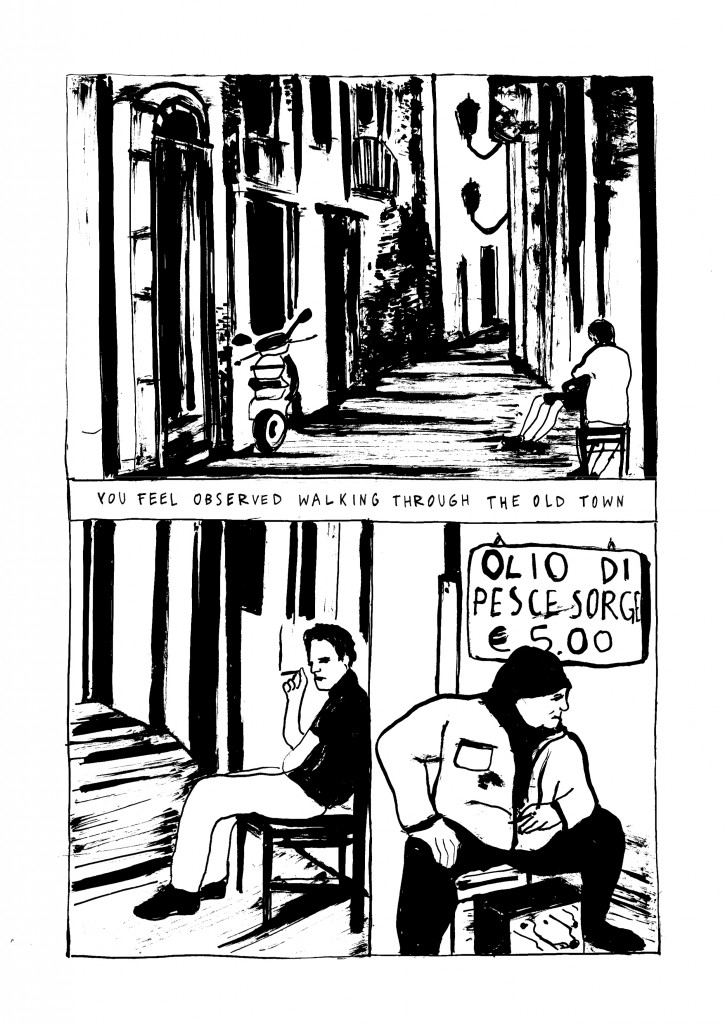 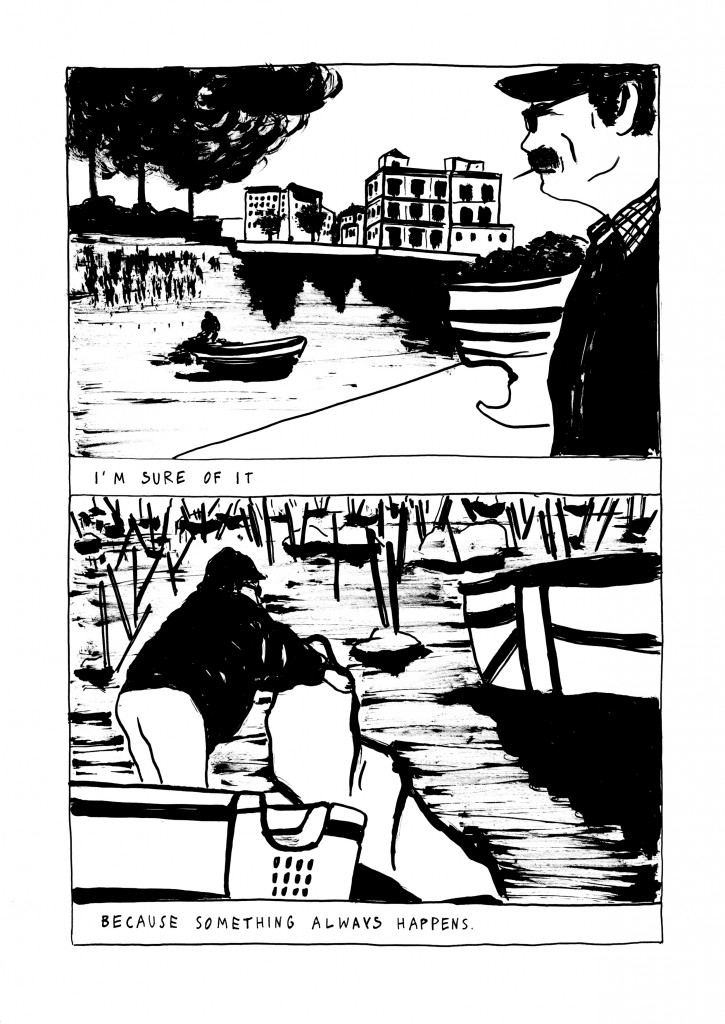 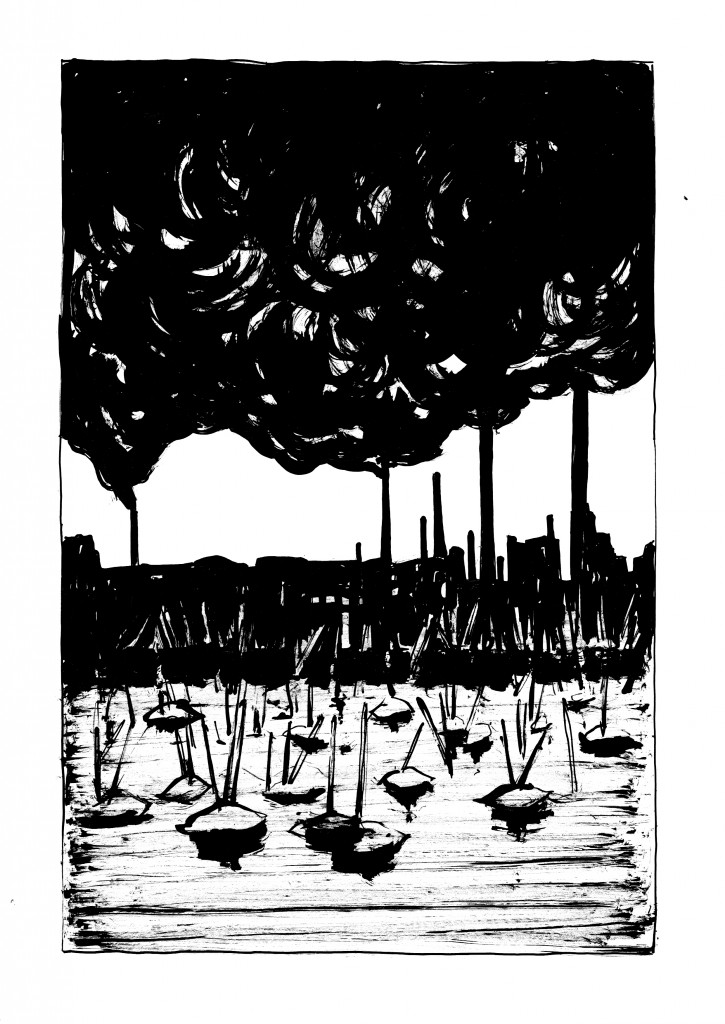 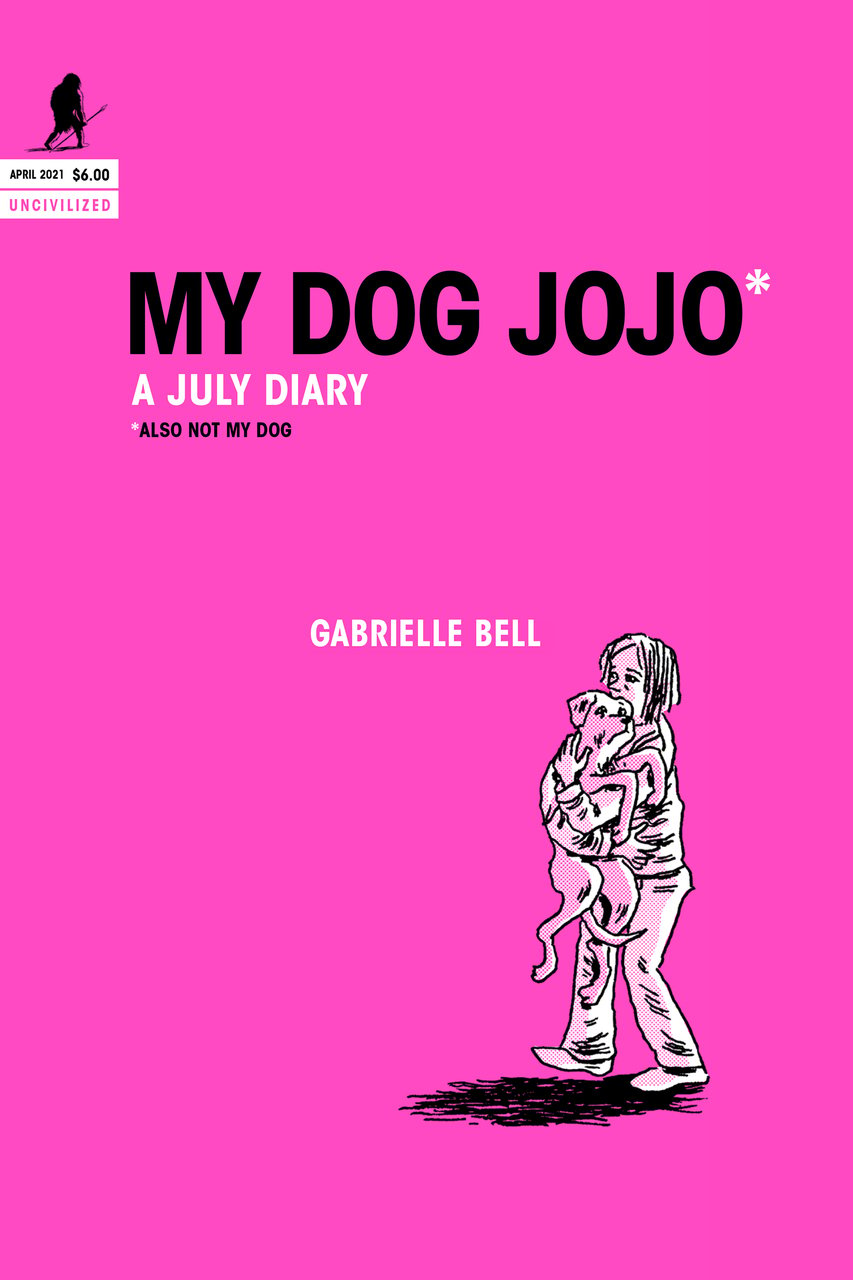