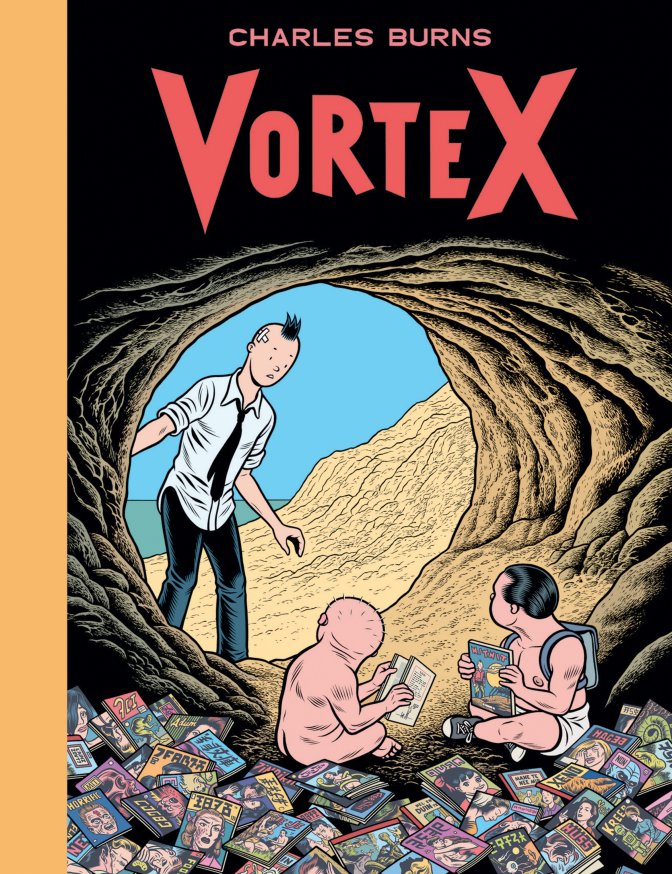 Vortex and Love Nest, out last November for the French publisher Cornélius, are the latest books from Charles Burns, new chapters of a particularly intense moment for the creator of Black Hole. Both published on the occasion of a personal exhibition at Galerie Martel in Paris, the books deepen the figurative features of Burns’ art, in the style of recent works as the Incubation sketchbook and Free Shit, a booklet still published in France by Le Dernier Cri, which reprinted the small-run zines made by the artist for friends and fans. Vortex is instead a book that, starting with the elegant hardcover format and the use of color, recalls the aesthetics of the Last Look trilogy. It could look like a fourth chapter but it doesn’t include a story. And on the other hand Vortex isn’t even a simple sketchbook, because the drawings are refined according to Burns’ renowned “slow process”, or an ordinary artbook, since the contents don’t just show but are meant to expand and enrich an already stratified and complex universe. The connection between the pages is suggested without being explicit, it’s pre-logical, and doesn’t seek a meaning but an atmosphere, establishing a link between the different elements that only those who have read X’ed Out, The Hive and Sugar Skull can completely appreciate. The beginning of the book is an appropriate introduction to all this, with a two-page comic characterized by a lyrical and dense text ideal for taking back the reader in the world of Last Look. 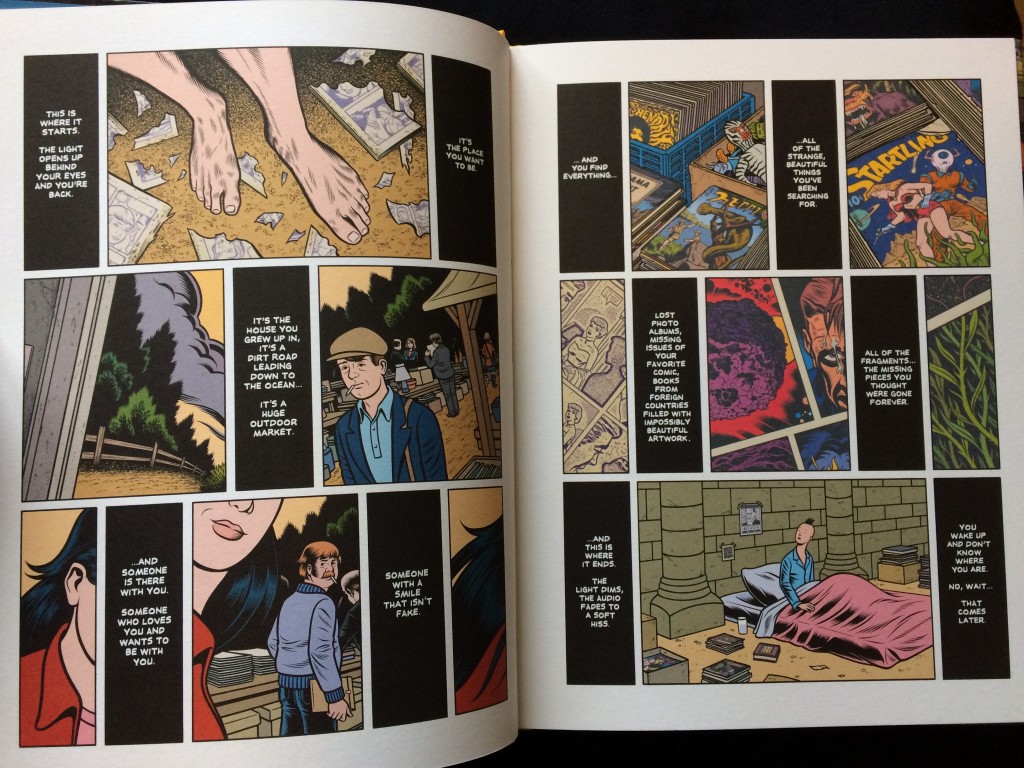 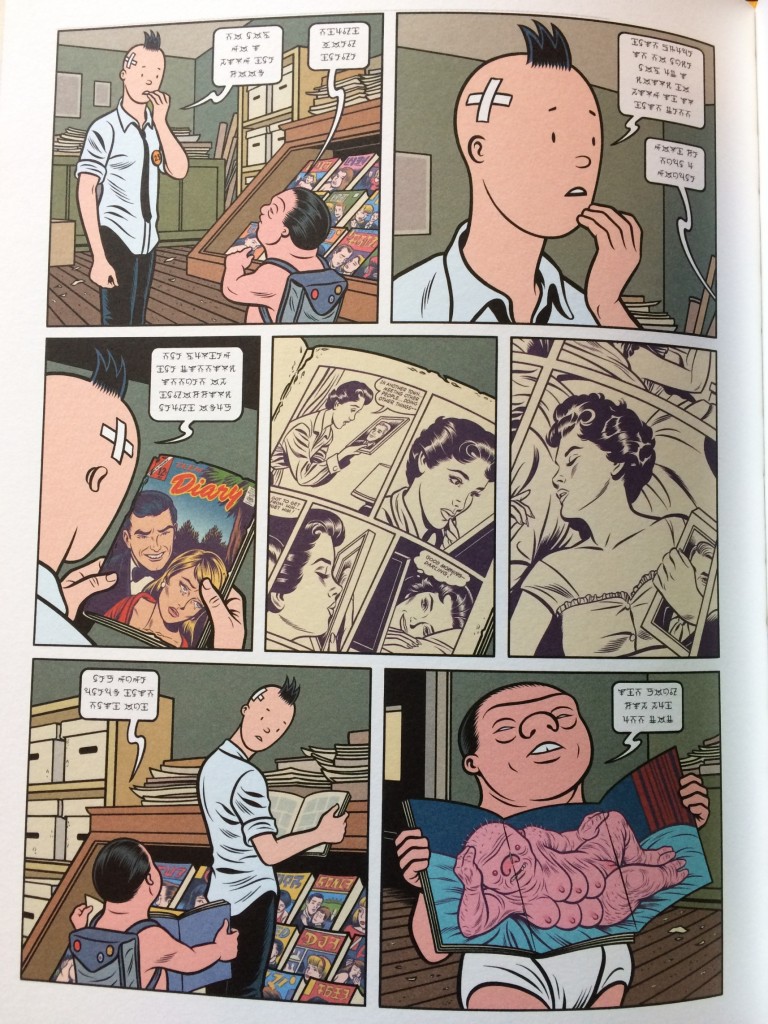 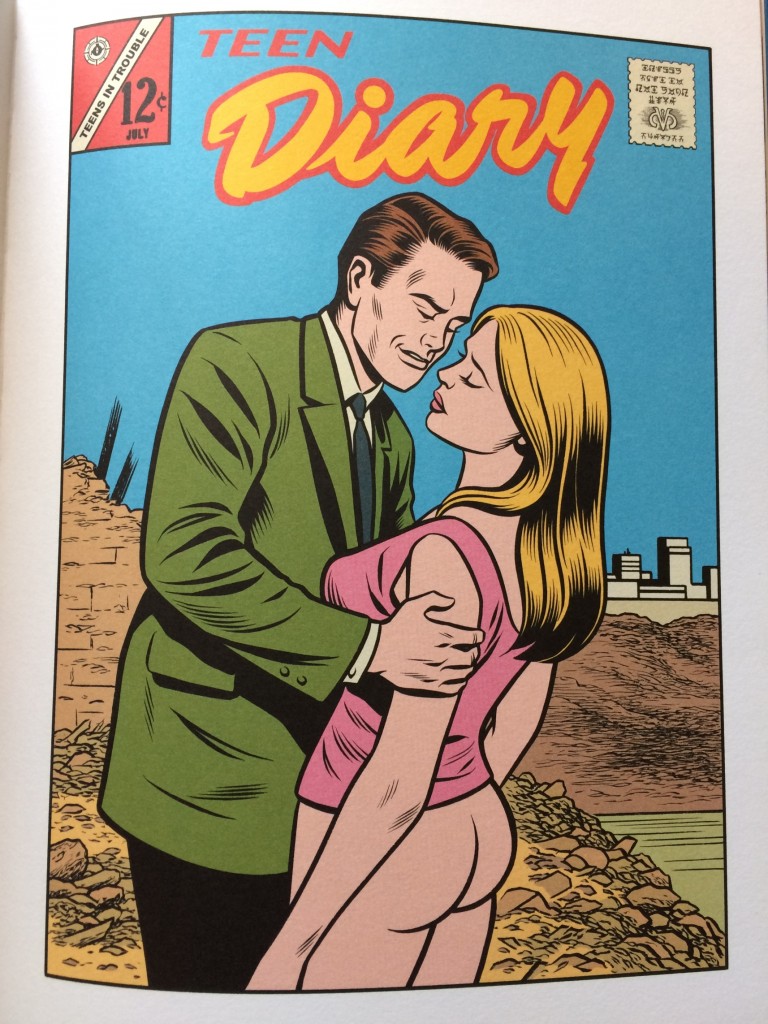 The world of romance is also at the heart of Love Nest, a 15×17 cm book that showcases 124 illustrations in black and white combining the sentimental imagery of movies and comics of the 1950s with the b-movies of the same era. The themes can remember El Borbah, Big Baby and Skin Deep, as if this book could be a return to Burns’ roots or a sort of Black Hole twenty years before. But the approach is actually different this time, because Burns doesn’t rework the original source material but, simply juxtaposing one image to another, completely immerse himself in this habitat. Even the drawing style breaks sometimes the usual schemes, abandoning the typical hatching of Burns’ black and white in favor of a thicker and simpler line, perfect mimicry of the comics (and later of the pop art) of that period. More organic than the other book, Love Nest is a fascinating and sometimes unsettling project, with illustrations that dare much more than it was allowed at the time of romance comics, including nudity, voyeurism, homosexuality, disfigured faces and horrific creatures that creep in the back of American suburban life. 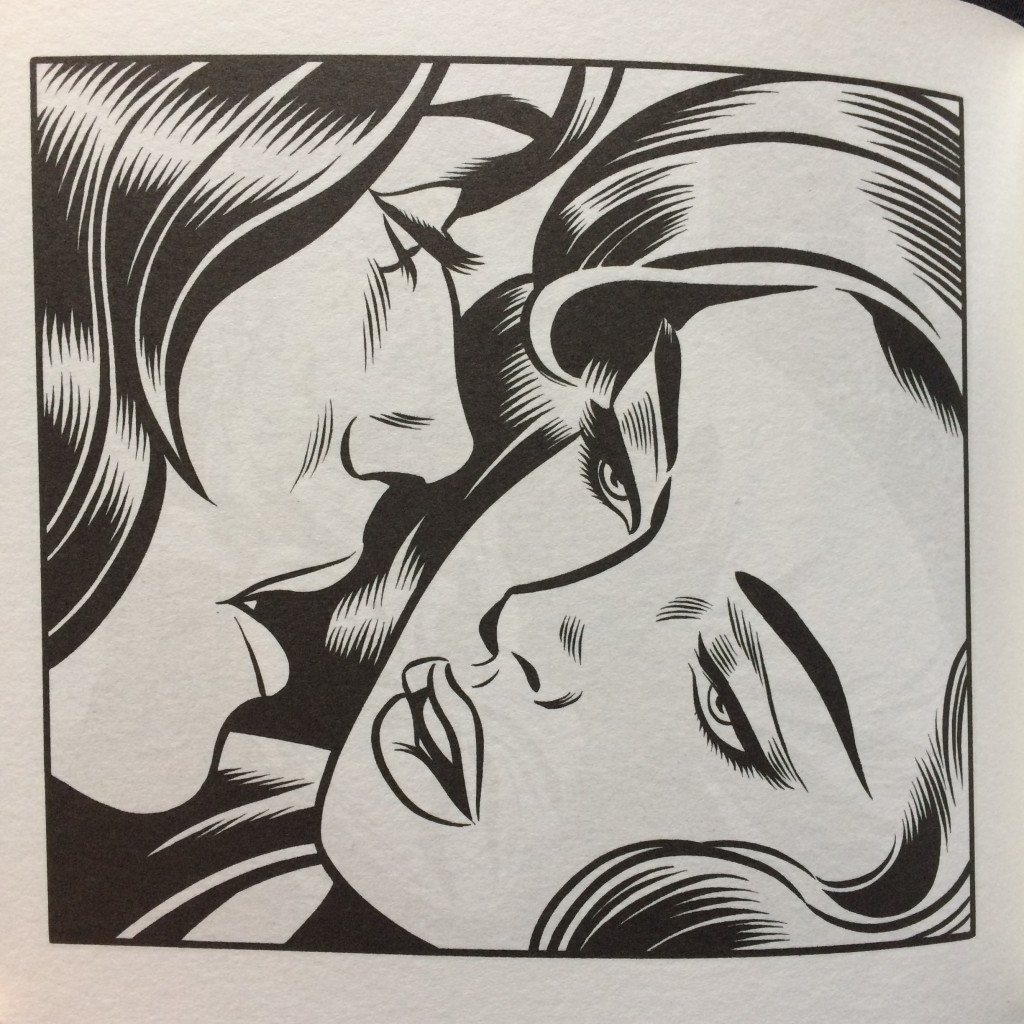 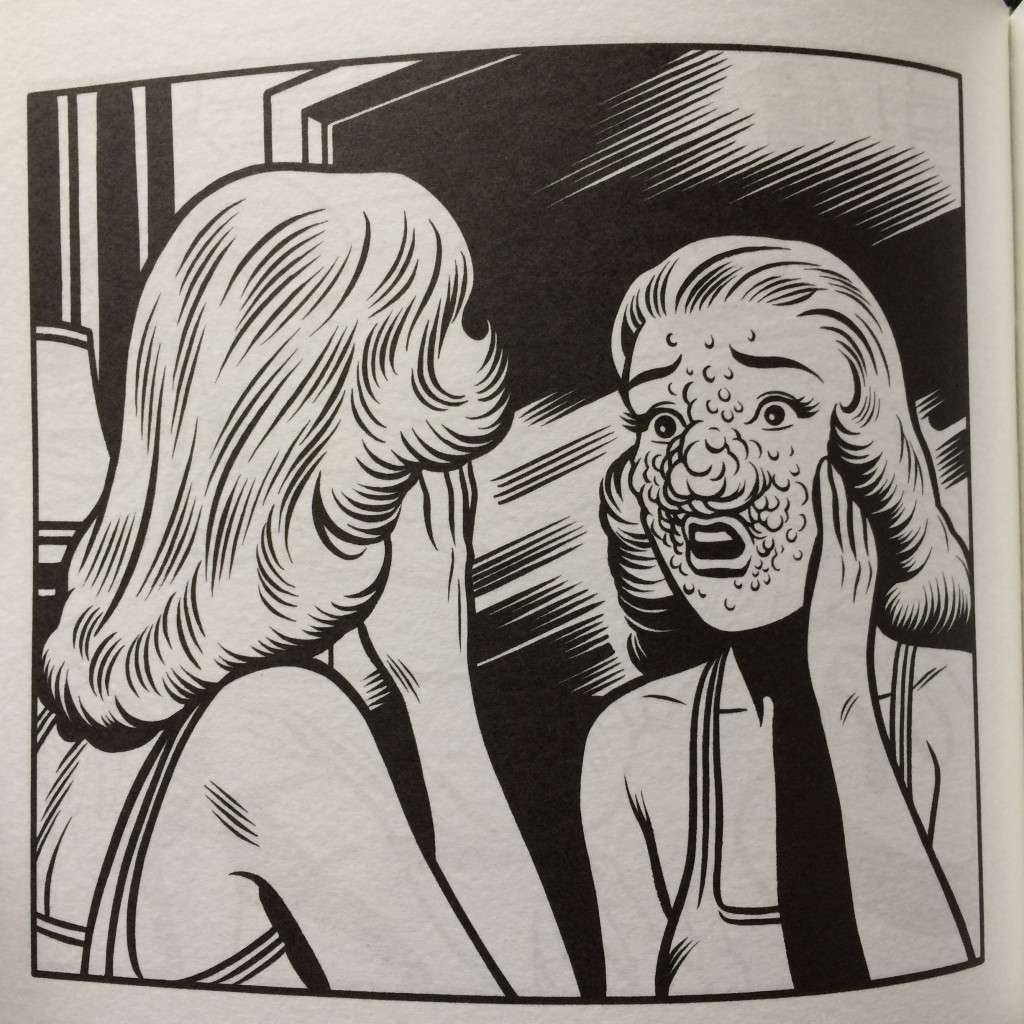 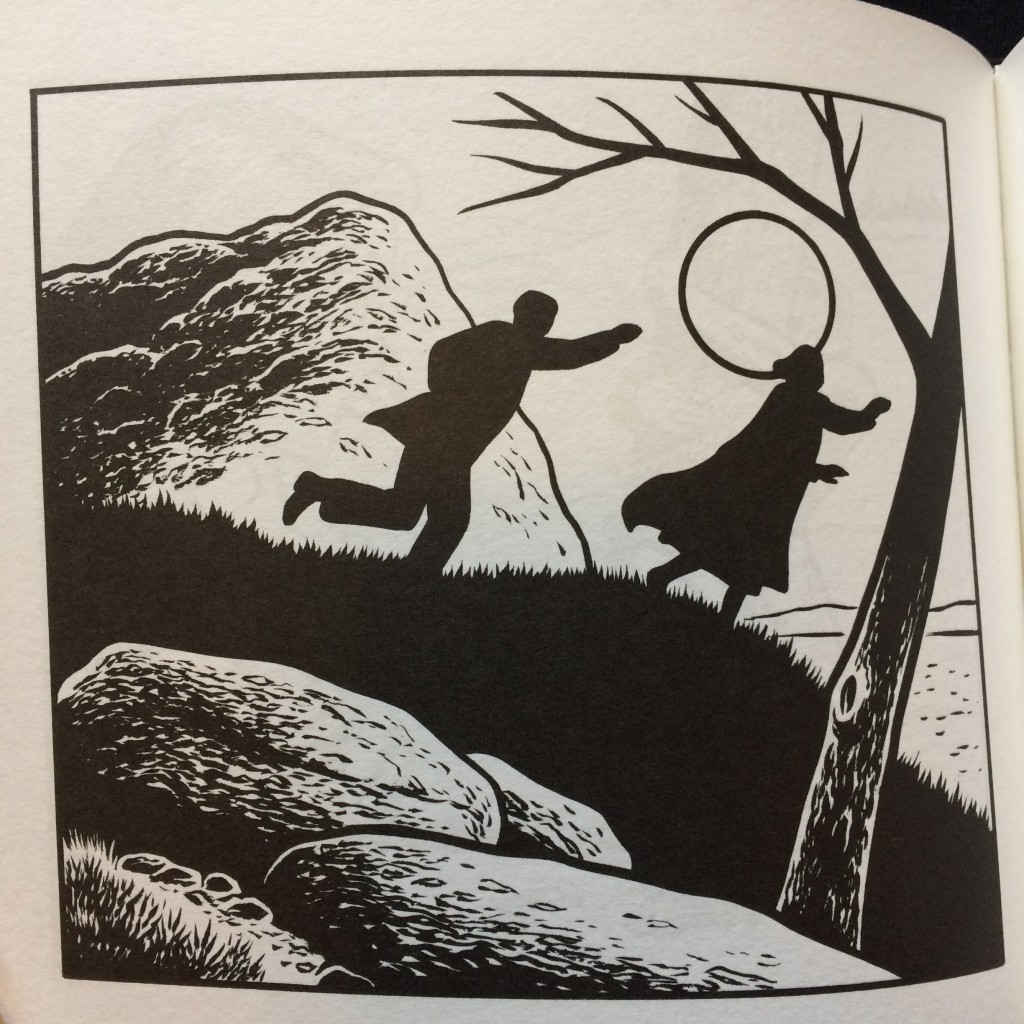 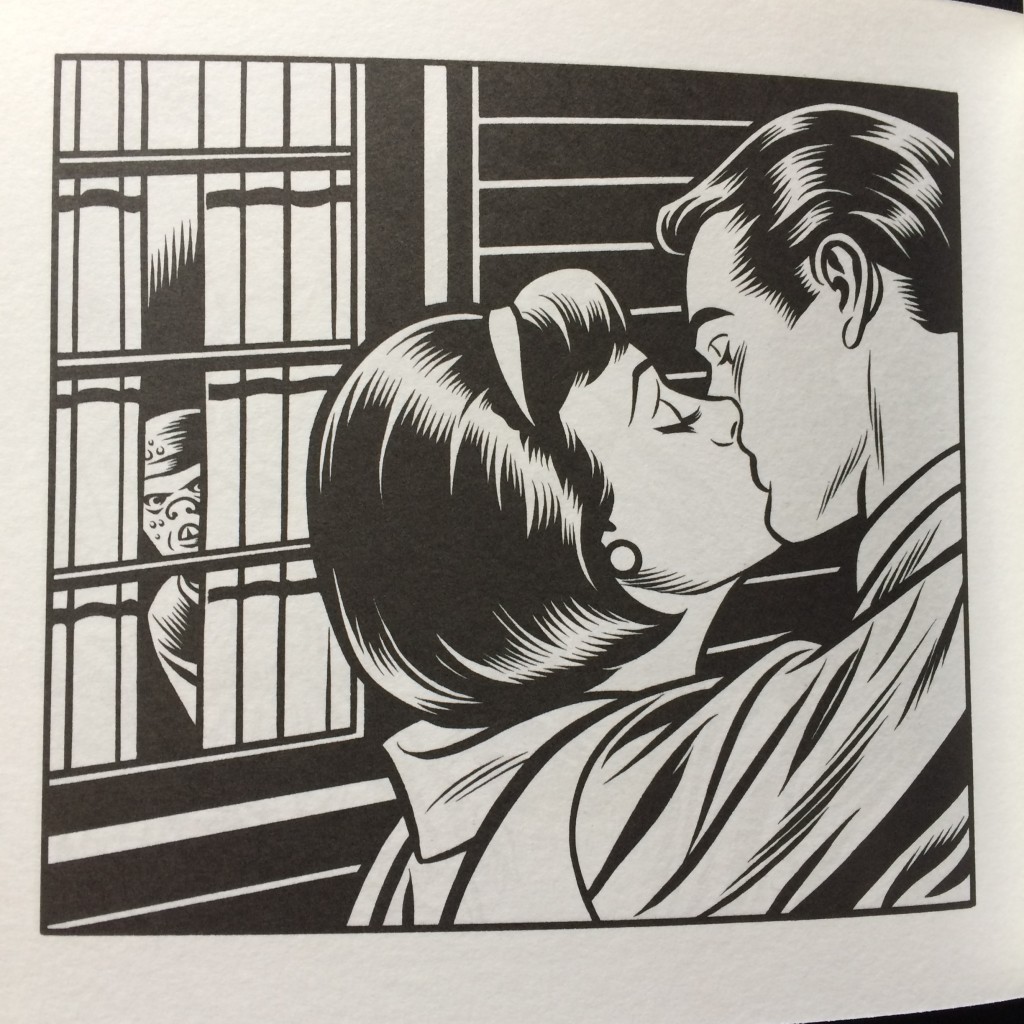 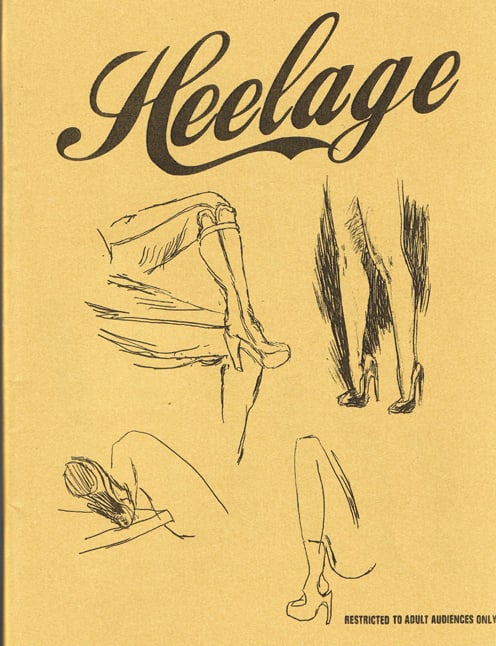