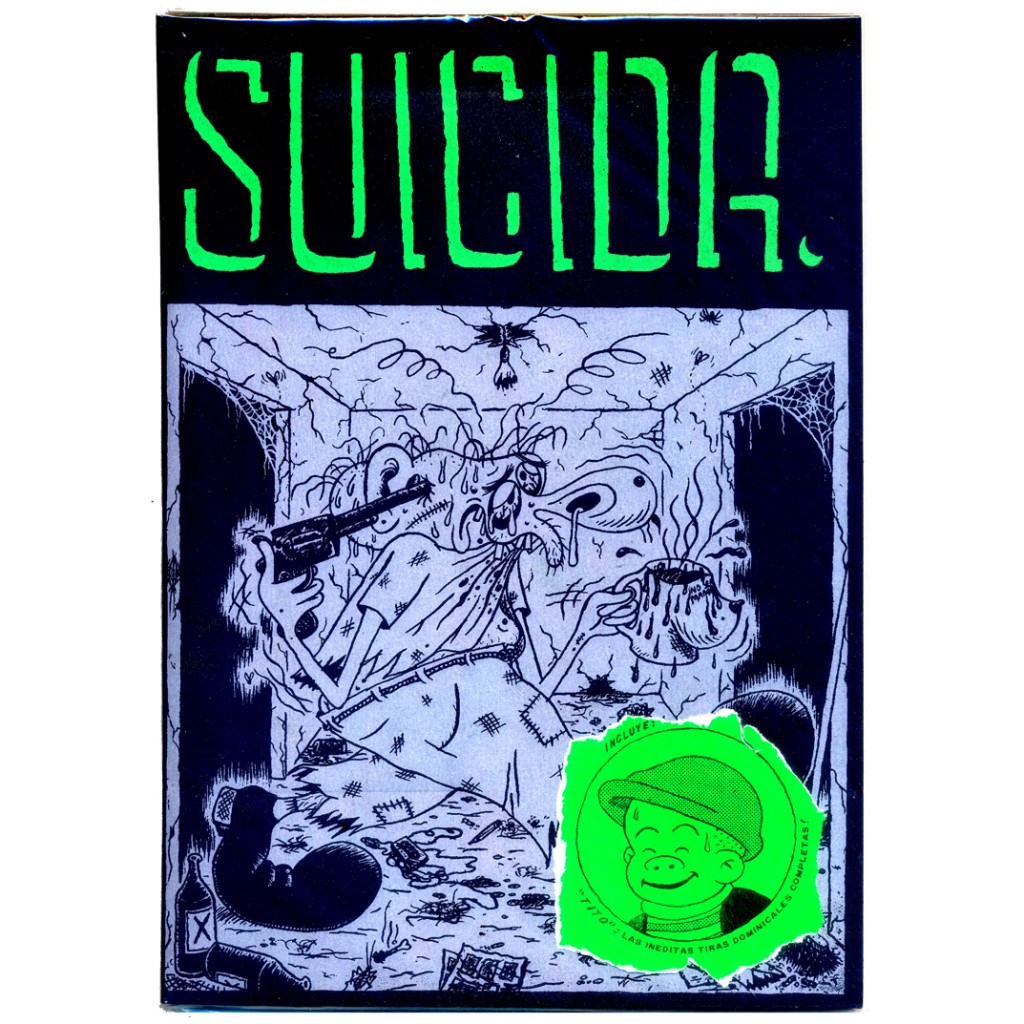 Voyeurism, sadism, masochism, self-mutilation, death, murder, suicide, gratuitous violence, sex, masturbation, TV addiction, urban decay. In his solo debut Suicida #1, Abraham Diaz works with these elements, mixes and molds them at will, creating a solid and always funny cartooning. In late 2015, the Mexican artist published with his imprint Ediciones Joc Doc 200 copies of this 28×20 cm comic book, texts in English and Spanish, a screen-printed cover, white and black paper with the addition of green, sometimes used as ink but also for the pages of the inserts. A good-looking but also dirty object, Suicida #1 digs up the underground punk aesthetics and the tradition of the single-artist floppy anthology in one shot. The opening story is The Witness, starring a lonely middle-aged man telling a policeman about a murder he watched spying in his neighbor’s bathroom. Diaz’s line is grotesque, cripples characters’ bodies, stretches their noses, twists their teeth, in a style that looks at many artists we loved over the last twenty years (Kaz, Ivan Brunetti, Johnny Ryan) but also at Mad magazine, gag cartoons, newspaper strips. And it’s not a case if inside the book we find two half sheets with four Misery Funnies, classic gags with text below the cartoons. One of this shows a man naked on the toilet, a steaming mug in one hand, the handset of the phone in the other and below “You don’t seem to understand… I’m my mother’s only child!”. And the telephone handset is a substantial detail, because the whole book is stuck in the 80’s or even before for aesthetics and settings and there is deliberately no trace of cell phones, computers and Internet. 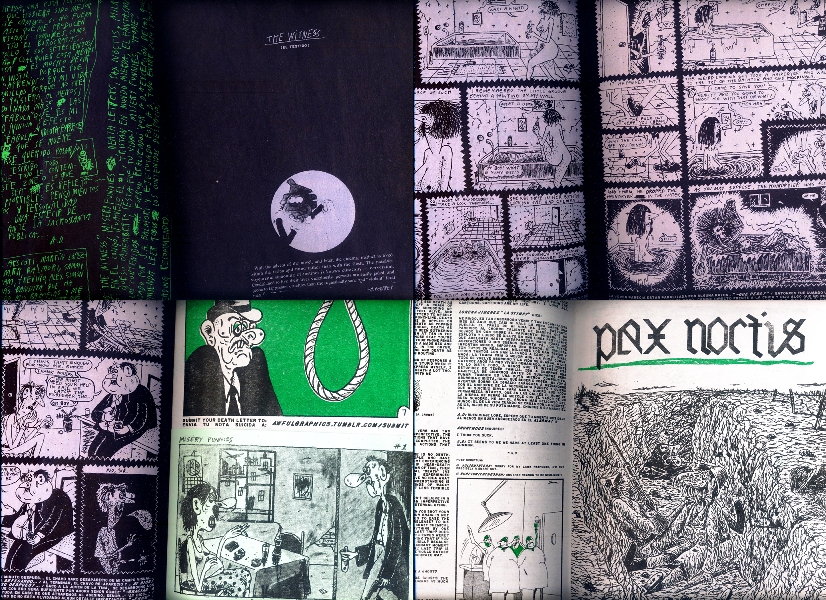 One of the inserts, Tito, moves on the same nostalgic and irreverent references of the Misery Funnies, showing the Diaz take on Sluggo, Nancy’s friend in the Ernie Bushmiller strip (Tito is the name of the character in the Spanish-speaking countries). Pax Noctis, already seen in Kovra #6 published by Ediciones Valientes, is another highlight, a tale of war and desire about a soldier in the trenches recalling, or more probably imagining, a chase in the forest. The situation culminates with a woman tied to a tree and whipped, then Diaz shows again the man, this time masturbating, while the ending combines sex and death like in The Witness. Suicida #1 seems the consequence of a week spent at home in the dark zapping in front of the TV, nerves on edge, eyes pulsing, the body in the grip of a hysterical frenzy that unleashes the most vile urges. But the cartooning of Diaz is more than this, because often he shows and ridicule human foolishness: if Pax Noctis mocked war and sexism, Milagro En El Congo shows a poor chimpanzee suffering the colonial barbarity on a jungle-green background. In another insert we find three one-pagers about the usual topics, reiterated also in the following ¡Esta Fue Tu Vida!, which introduces the novelty of explicit sex without forgetting ruthless irony and storytelling. Home is the last comic of the book, an heap of crazy lines reproducing the urban chaos. A prisoner is released and has to suffer the arousals of the city, as exhibited nudity, women with tight leggings leading men like dogs on a leash, people copulating in every corner. The gory ending is inevitable as magnificent and you can discover it in the few remaining copies of Suicida #1, sold out at the publisher but still available at this moment on Fatbottom Books and Dripper World. Or you can read Kramers Ergot #9, where Pax Noctis, Home and two of the Misery Funnies have been reprinted. In the meantime, Diaz is working at the second issue and so we’ll read soon a new chapter of his old school comics. 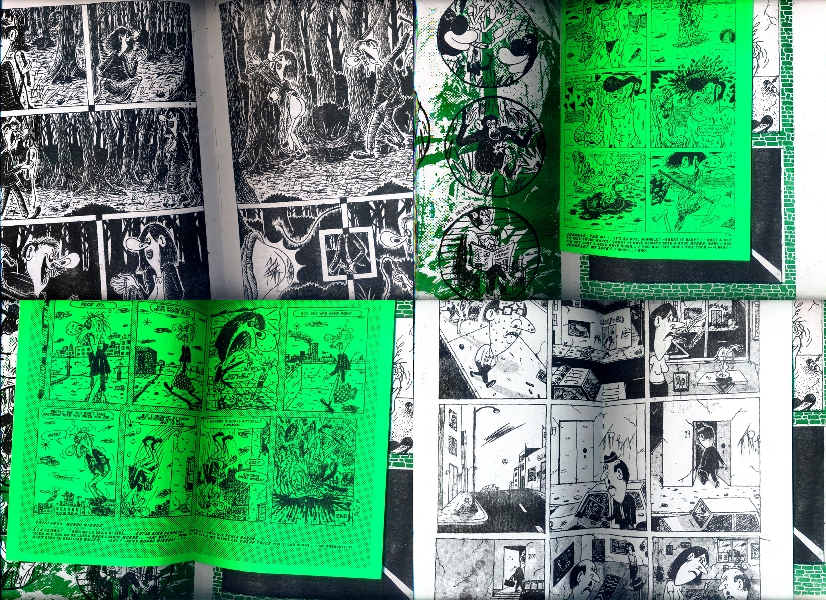